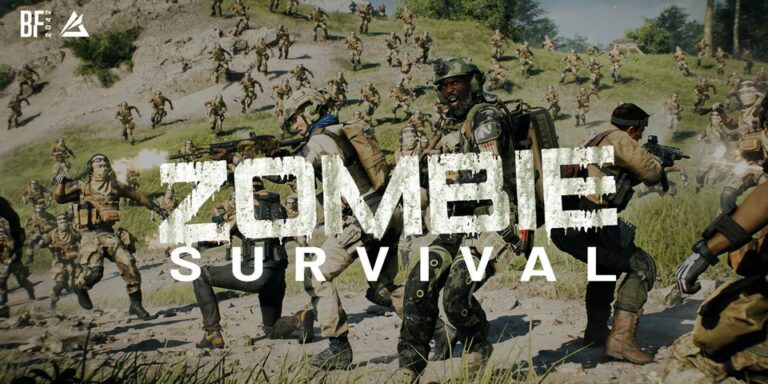 In the new Battlefield 2042 Portal update, DICE is removing the new Zombie Survival mode just a few hours after it was added. This mode was removed due to an oversight that allowed players to develop XP progress. This mode was released just two days after the update that was supposed to stop Portal XP farms.

DICE added the Zombies mode to Battlefield 2042 on January 20th, but that option has already been removed from the name. Battlefield 2042 Update this week for PC, PS4, PS5, Xbox One, Xbox Series X/S, and PC, the first game update of 2022, has added a new zombie mode. Earlier this week, developer Ripple Effect added Zombie Mode to Battlefield Portal along with changes to reintroduce experience gain into player creations while limiting the effectiveness of farm-only modes.

Since Zombies were officially approved by the developers themselves, Zombies had no such restrictions. Unfortunately, since the official portal experience allows you to earn full experience and unlock the feed with no limits, zombie mode has quickly become a simple experience cultivation tool for players looking to level up, unlock attachments, or complete mastery levels. Portal Mode allowed players to collect XP for other parts of the game as teams of four fought off waves of zombies in this mode. The limited-time survival mode seemed like a worthy diversion from typical Battlefield gameplay.

As if things weren’t hard enough for Battlefield 2042, its newest community-created mode, Zombie Survival, was only removed a day after it was released. Insider Tom Henderson (via Twitter) reports that players have been using this model as a way to gain more experience, despite the fact that a recent update was released in an attempt to stop experience gathering.

After assuring players that it couldn’t be used to farm XP, the developers almost completely removed Portal XP after the browser filled up with XP farms. The developers of Battlefield 2042 added a new zombie mode to Portal, but it quickly became clear that it could be used as an XP farm.

The update comes from game developer Justin Wiebe, who revealed on Twitter that the mode has been torn down and replaced with Gun Game. Weeb also acknowledged that the Zombie Survival mode for Battlefield 2042 took longer in the “lab” and was not fully prepared and ready for release even without XP issues. Wiebe also responded to a player’s comment that the reaction to zombie mode was mixed between farming XP, which was a challenge, and the fun mode itself.

The changes weren’t well-received, but players certainly didn’t expect official Portal features to come to the bot farming game. Shortly after launch, DICE removed the ability to gain experience in any of the Custom Portal game modes. Now that progress has returned to Portal, the first mode the developer offers is the official XP farm, for which Ripple Effects senior designer apologizes.

Ripple Effect Studios is taking the brunt of the criticism as the company is responsible for the Zombie mode in the portal portion of Battlefield 2042. Justin Wiebe, Senior Design Director at Ripple Effects, confirmed the mode removal, promising it would help, development teams are approaching future versions of Portal Mode. “We’ve also strengthened the review process to ensure this doesn’t happen again”. Battlefield fans are not only disappointed with the game’s design and glitches, but changes have been made to XP progress in Portal mode in response to feedback.

Battle passes in a new multiplayer game are not the most amazing announcement ever made let’s be honest though the fact that Battlefield 2042 will cost $60/$70 at launch and will therefore require players to shell out an extra $10 each one season only. Keeping unlocking new content is something of a kick in the teeth. There will be growth issues as a result, and the first casualty is the recently released Zombie Survival mode from Battlefields.

Thus, the first season is expected to start in March with new content such as an exhibition map. New game to feature the biggest maps in the 128-player series on PS5 and Xbox Series X | Yes, along with dynamic weather events and other interactions that make maps more alive than ever.

During development, it was announced that the next generation of Battlegrounds would feature Battle Portal, a level editor that allows players to create entirely new gameplay experiences on one of 13 Battle Portal maps. Battlefield Portal provides players with an incredible array of tools to create their own modes using assets from previous Battlefield games and 2042.