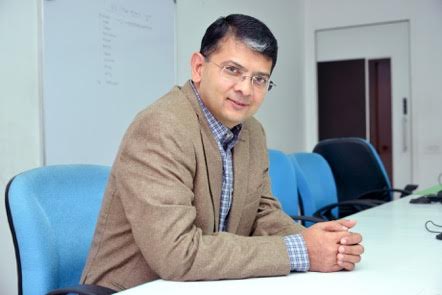 Techstory spoke to Silicon Valley based serial entrepreneur Beerud Sheth about Narendra Modi’s visit to the valley and the effects this visit will have on the Indian tech ecosystem.  Mr. Sheth is a serial entrepreneur and has founded Elance, Webaroo and Teamchat.  Below is what Mr Sheth had to tell us !

Beerud Sheth : As American tech companies grow bigger and bigger and look to capture the next billion, China and India are the two countries they just cannot ignore. And having locked out of China, India opportunity looms bigger and bigger. With India’s population of 1.25 billion, Internet penetration at 19.2 %, in spite of which India remains the third-largest population of Internet-equipped inhabitants across the world, and the fact that India will surpass USA in the next 2 years as the second largest population of smartphone users, India remains a huge opportunity that any tech company will have to tap into.

Besides the opportunity itself, with so many Indian entrepreneurs in the USA and in the silicon valley in particular, the American companies are also well prepared “culturally” to enter India.And with the government giving more and more assurances of helping out these businesses to make their entry in the country much easier, India is definitely the market to tap into at this point in time.

Prime Minister Modi’s visit to Silicon Valley has come at the right place at the right time. The way Mr Modi has been able to market the Digital India opportunity to the tech companies has surely generated a lot of interest and excitement among the companies here. The fact that Mr Modi met American companies both big and small has surely created a huge sense of comfort among the American companies about the India opportunity.

How this visit will affect the flow of ideas between the two companies is something that remains to be seen. However with the big tech companies promising to build infrastructure in India, a lot more innovation and thereby job creation in the country is sure to happen. As Google, Microsoft make internet available to more and more people in India, a newer market with newer requirements and priorities will open up. To cater to the needs of this new market, newer companies will crop up in India. With the big American companies making technology available in India, the price of tech will go down in the country again giving rise to a lot more innovations, markets and newer ways of doing business. The interest of the American tech in Indian market will surely benefit the Indian tech and startup ecosystem.

The journey to what we all hope India will look like in the next 10 years will sure be challenging. Doing business in India is still a problem. According to the data by The World Bank, India still remains 142nd in the ease of doing business. The government of India will have a huge responsibility in terms of walking the talk and laying down a smooth process for American companies to enter India. There are a lot of challenges in terms of regulations, taxes and the lack of clarity that exists today in the process to set up business in India, which can be easily taken advantage of by the Indian bureaucrats. When dealing with the government the onus will be on the government to make sure that the process is fair and transparent.