Bengal Based Start-up Creates Device to Produce Oxygen from Water The device was selected by the Department of Biotechnology for showcasing and launch on its 10th foundation day and at the 1st Bio-Tech Expo 2022.

A start-up company which is situated in the state of West Bengal came out to announce that they have come up with a device that creates oxygen from just water with the flick of a switch. Solaire Initiatives Pvt Ltd which is the company that has come out with this product and has named it OM Redox. It was invented in the Webel-BCC&I Tech Incubation Centre situated in Kolkata.

In their public statement, they said that the oxygen that they create is 3.5 times more pure than the ones that are normally created commercially. The co-founders of the company are actually spouses – Dr Soumyajit Roy and Dr Pei Liang. 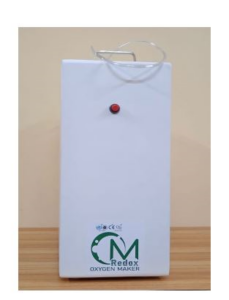 On the bio tech fare this year, this product will be show cased and introduced to the people attending.

A professor of the subject, in a top university in Kolkata said that their invention oxidises the water in the pneumatic fashion in a specific type of reaction so that the all important element in created from only water.

In a recent book that was published by the Ministry of Science and Tech, an agency of the Indian government, this product was featured. The book was released to celebrate the diamond jubilee of the Indian independence.

The product is a modern box made out of pine wood and weighs at under 10 kgs. It can create oxygen by just the flick of a switch and either can be run when plugged in or by battery which is an approximate life of 3 and a half hours. The product can also be produced very easily and has great potential to scale up and take over the industry, especially in the space of health care and in spaces and cities of high altitude and mounting climbing.

The product has great potential to be a successful business as they can be produced anywhere in the world very easily and it is so easy to use that even a kid can enable it and potentially save someone’s life.

It looks like exciting and great times are ahead for the company and their share holders, and hopefully, this product is put to great use.