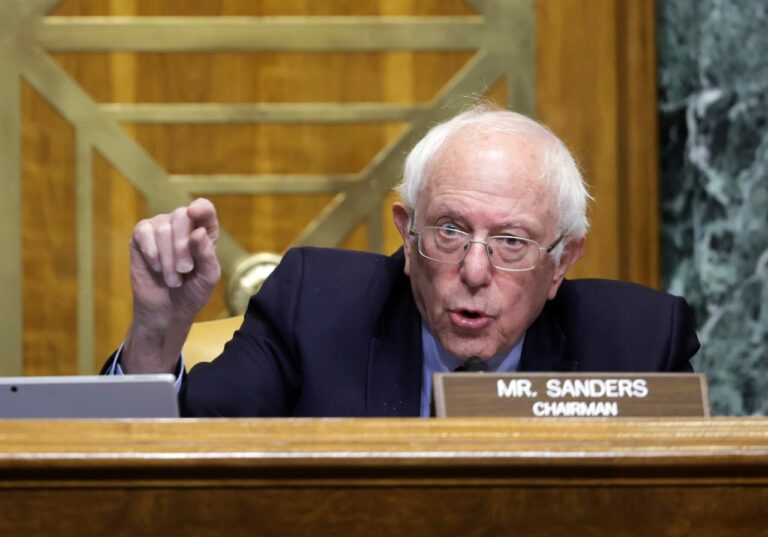 If Jeff Bezos can afford a $500 million yacht and fancy multimillion dollar homes all over the world, you know what? He can afford to pay workers at Amazon decent wages, decent benefits, and provide good working conditions.

The two-time Democratic presidential candidate spoke for slightly under 15 minutes on stage, under blue and red stage lights, about the need for employees to be satisfied at work, for unions to negotiate what they need, and for business to pay fair compensation.

His appearance at the Northern Virginia Labor Federation’s Unity Fest came only one week after employees at five local Starbucks outlets voted to create labor unions. On stage, about 30 of those workers stood behind him.

When Starbucks CEO Kevin Johnson left the firm earlier this year, he was reportedly paid $60 million. But, according to Sanders, management would claim that it does not have enough money to provide workers raises.

“The message there is that if [Amazon founder Jeff] Bezos can afford a $500 million yacht, literally, and fancy multimillion-dollar homes all over the world, you know what? He can afford to pay his workers at Amazon decent wages, decent benefits and provide good working conditions.”

Djehiche’s Starbucks on Carmia Way in Chesterfield Towne Center, as well as four other area sites, held union votes lately. The National Labor Relations Board tabulated the votes last week, and the result was overwhelmingly in favor of unionization, with 82 votes in favor and 14 votes against.

At least two other local cafes, as well as five in Virginia, have submitted paperwork to form an association. They are following in the footsteps of a site in Buffalo, New York, which became the first Starbucks cafe in the US to do so last year.

According to Djehiche and Taylor Huggins, another employee who helped spearhead the initiative, staff at the Carmia Starbucks demand higher compensation and raises based on seniority and cost of living.

Starbucks management had no choice but to hike salaries from around $10 an hour last year to $12 this year. The minimum wage in Virginia raised from $9.50 to $11 on January 1 and is set to go to $12 next year.

Although management has stated that compensation will be increased to $15 this summer, Djehiche and Huggins have not received any updates. Starbucks’ 9,000 shops aren’t franchised, therefore they’re all owned by the company.

Carmia employees also intend to push for more food and beverage entitlements. Currently, they are only provided with free food and drink on days that they work. They’ll be requesting that benefit on a daily basis.