The Central African Republic has made bitcoin legal tender

The Central African Republic is the world’s second country to use bitcoin. Legislators approved legislation that makes bitcoin legal tender alongside the CFA franc. With a mining-based economy, the country is one of the poorest and most troublesome on the planet. El Salvador became the world’s first bitcoin adopter on September 7.

Bitcoin becomes the official currency in the Central African Republic 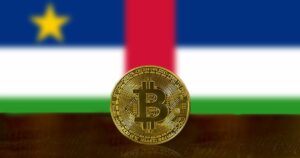 The Central African Republic (CAR) is the second country to accept Bitcoin as legal tender. Despite being rich in diamonds, gold, and uranium, CAR is one of the world’s poorest countries. It has been ravaged by conflict for decades and is a close Russian ally, with Wagner Group mercenaries supporting the fight against insurgent fighters. According to a statement issued by the CAR presidency, MPs overwhelmingly opted to recognize Bitcoin as legal tender.

According to the statement, the decision places CAR “on the map of the world’s most courageous and visionary governments.”

In September 2021, El Salvador became the first government to embrace Bitcoin as an official currency, a move that was criticized by several experts, including the International Monetary Fund, as raising the risk of financial instability.

Others have voiced concern that cryptocurrencies, such as Bitcoin, may make it easier for criminals to launder money and will be harmful to the environment due to the massive amount of energy required to manufacture them.

The internet is essential to use any cryptocurrency, however, according to WorldData, only 4% of CAR residents had internet access in 2019. The country, like most other former French colonies in Africa, now uses the CFA franc as its currency, which is backed by France.

Some see Bitcoin acceptance as a plot to destabilize the CFA, which Russia and France are fighting for.

The reaction in the capital, Bangui, was mixed. According to economist Yann Daworo, it would make life easier because transactions could be made using cell phones and Bitcoin could be quickly changed to any other currency.

“Businessmen will no longer have to travel with suitcases full of CFA francs that must be converted into dollars or other currencies in order to conduct international transactions,” he stated.

In addition, he said that the CFA was not being used to “help Africa.” Those who consider the currency as a vestige of the colonial era that allows France to maintain economic domination are campaigning for its abolition in a number of countries.

A computer scientist, Sydney Tickaya, believes cryptocurrency adoption is “premature” and “irresponsible.” Since 2013, the country has been wracked by conflict, with the majority of the population suffering from starvation and sickness.

If you find this article informative then do not forget to share it with your friends and family and friends!

Also read: Texas school district has fired an employee who is suspected of installing Bitcoin mining