BHIM App One Of Biggest Cashless Initiative By Indian Government? 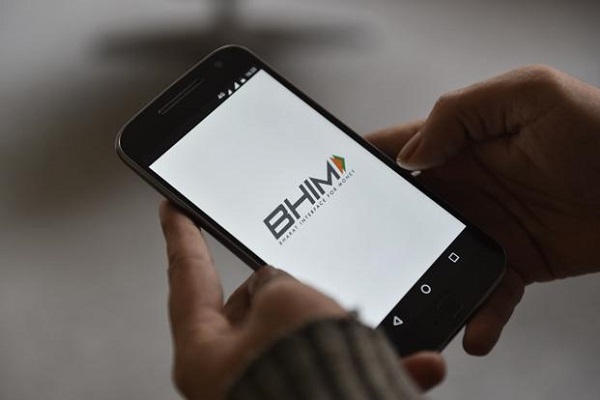 The new mobile application called Bharat Interface for Money (BHIM) was launched on December 30th, 2016. This new digital payment application uses the Unified Payments Interface (UPI). At present, the app is available on Android, not on iOS and Windows Mobile. BHIM app supports the Aadhaar-Card based payment and it is designed for the same. When using this app, the transactions can be done just by a fingerprint impression as well.

However, this facility is yet to get introduced full-fledged at the nationwide level. The mobile app is designed to facilitate financial transactions known as the e-payments directly through the bank. The mobile application was launched as part of the 2016 Demonetization movement of the Indian Bank Note.

This move of the digital app was announced on December 30th, 2016 at the Talkatora Stadium in New Delhi. The application is named after Dr. Bhim Rao Ambedkar and it has all the Indian Banks mapped in it. The app is compatible with all the mobile phones, both basic feature phones, and smartphone with an internet connection. The mobile application is supposed to support the Aadhaar card-based payments.

As a customer and user of the app, if you have registered and signed up with your bank and your mobile number is linked to the bank account, then you will be able to use BHIM for the digital payments. The BHIM app allows its end-users to send and receive the funds to the non-UPI bank accounts or addresses. In addition, the funds can get transferred to other bank accounts by using the IFSC and MMID code.

Comparisons with other Online Transaction and Payment Applications.

BHIM app is not a mobile wallet. It is far more useful when compared to the mobile wallets such as MobiKwik and PayTM. These apps, when compared to BHIM, have a fixed amount of money on the app when in use. Whereas, the BHIM app can get directly linked to the bank account and money can get transferred to a different account without any trouble.

In addition, when using the PayTM or MobiKwik app the end users cannot send the money on different mobile wallets. Whereas, there are no such restrictions on BHIM app because it is based on Universal Payment Interface. The party receiving the funds as money transfer of payment does not have to be on the BHIM app to ensure a successful transaction.

All you need is a bank account and the funds can get transferred to your account via this app. If the account is UPI activated, then virtual payment address is required to make payment to the account.

How does BHIM Work? How many accounts can get linked to the BHIM app for making the Payments?

Once the app user’s mobile phone is verified, BHIM lets the end-user choose the preferred bank. The app sends an SMS to the phone to make sure the app user is well-informed about all the updates and balance information. The users are advised their bank account and the BHIM application must have the same phone number registered.

The app user needs to make sure the sufficient balance in the bank account for the BHIM app to send an SMS message. Once the application is installed, it asks its users to set up a 4-digit passcode to make sure the financial transactions are safe and any other person does not misuse the app.

What is UPI? How to check if the Bank supports the same?

As per the information is shown on the NPCI’s own website, when UPI went live in India in August 2016. More than 30 banks in India are enlisted with the project UPI and BHIM.

Below mentioned are the banks that support BHIM on their system.

The UPI system was predicted to pose a threat to the mobile wallet business and its success. The UPI is an open payment platform that facilitates financial transactions such as payments and funds transfer from one bank account to another without any switching charges levied.

The UPI platform does not include the inconvenience of transferring the funds from the bank account into the mobile wallet. As the UPI system based BHIM app was launched, PayTM has also introduced some updates in their mobile app claiming it to facilitate the transactions bank-to-bank transfers. This means money transferred to the merchant will get in the merchant’s account directly within 24-hour time-period.

Also Read: How To Realise The Dream Of Cashless Economy In India?

These are few of the advantages which are being showcased at the launch date of BHIM app. Now the only thing we can do is to wait for the response from users who will be integrating this app in their daily usage.

(Disclaimer: This is a guest post submitted on Techstory by Himanshu Jain, CEO of LegalRaasta, an online portal for GST registration in India. All the contents and images in the article have been provided to Techstory by the authors of the article. Techstory is not responsible or liable for any content in this article.)