The Royal Monetary Authority (RMA), Bhutan’s central bank has teamed with Ripple to begin testing a model of its central bank digital currency (CBDC) based on Ripple’s technology. To cover comparable use cases, the test will employ Ripple’s own CBDC private ledger. For the proposed CBDC, the pilot test will incorporate retail, cross-border, and wholesale payments. 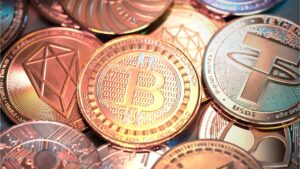 Bhutan, a small country in southern Asia, is developing a digital version of its fiat currency, the Ngultrum, with the help of its central bank. The country will collaborate with Ripple, a cryptocurrency and payments business, to test the digital currency in a variety of scenarios. The tests will be conducted by Bhutan’s official bank, the Royal Monetary Authority (RMA).

This pilot is yet another country’s approach to digital currencies as a means of enhancing citizens’ access to financial services. Bhutan anticipates that these initiatives will enhance access to the financial sector for its residents by 85 percent by 2023.

The Royal Monetary Authority of Bhutan’s vice governor, Yangchen Tshogyel, indicated that they chose Ripple because it may allow them to leverage their existing infrastructure. Ripple’s revolutionary technology will enable the integration of a CBDC with our existing payments infrastructure — while ensuring efficient and cost-effective cross-border transactions, according to Tshogyel.

While Ripple has been hailed as the go-to platform for remittances and bank-related apps — even as a type of SWIFT replacement — this is the first time it has participated in a CBDC test. This test, however, does not use Ripple’s public ledger. The test makes use of a Ripple technology called CBDC private ledger, which the company first announced in March.

The private ledger is driven by Ripple’s consensus, which is based on proof-of-stake, and supports tens of thousands of operations per second with negligible fees, making it ideal for large-scale payment transactions, according to the company. Ripple’s VP of Central Bank Engagements, James Wallis, stated: We couldn’t be more thrilled to partner with the RMA on its CBDC agenda and foster our shared values in creating a more sustainable, accessible, and financially inclusive reality.

Bhutan is presently aggressively investigating central bank digital currencies for deployment, joining other geopolitical regions such as China and the EU.

What are your thoughts on Bhutan experimenting with digital money issued by the central bank? Let us know in the comments section.

Also read: A hamster has been trading cryptocurrencies since June