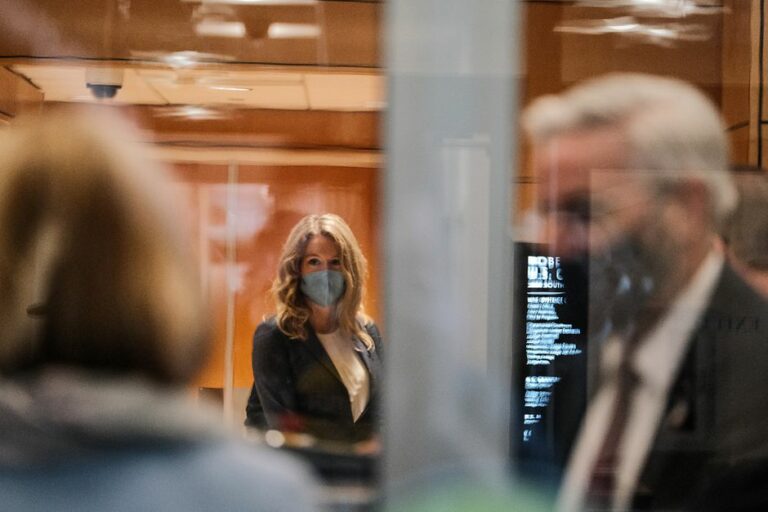 Elizabeth Holmes and Theranos are two names that have created quite a storm in the tech world. The epic tale of the fall from glory was nothing short of a dramatic film plot complete with twists and turns. A dream to revolutionize the health world soon turned into a chaotic mess of fraud and criminal charges. It did not take much time for the pedestal of glory and success to turn into the throne of thorns. The trial however has sparked a set of debates and discussions in Silicon Valley. Delving deeper into the case and story of Holmes makes one think again about the element of fairness involved in the whole case. Was the trial completely just? Or were things blown out of proportion due to various factors? Let us take a stroll through the entire story of the former CEO of Theranos.

Elizabeth Holmes was quite the spirited child with a streak of brilliance and a natural affinity for genius. A letter she wrote to her father at the age of nine corroborates this fact. It said, ” What I really want out of life is to discover something new, something that mankind did not know was possible to do.” (Source: Business Insider) 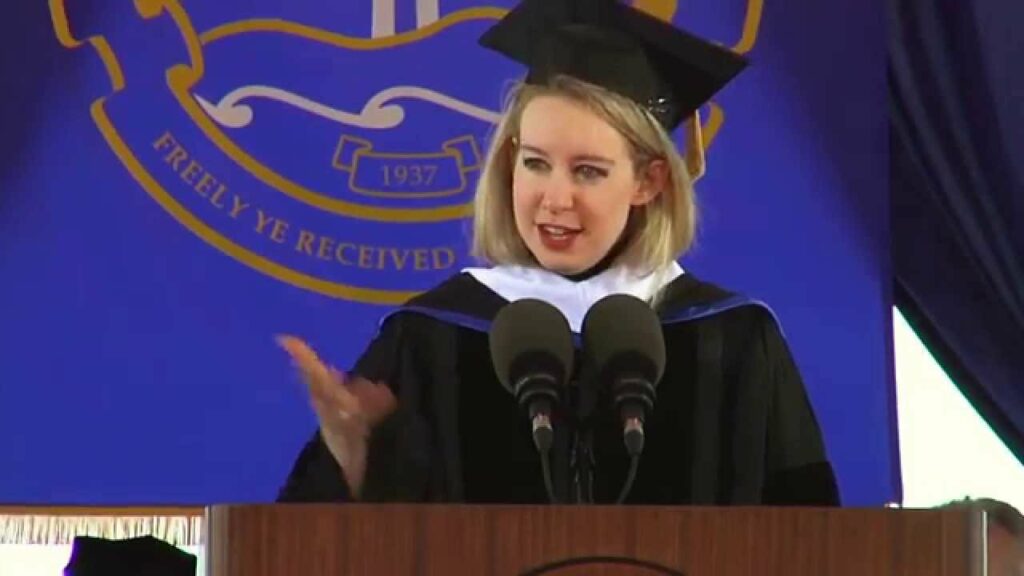 At Stanford, she indeed stood out from her peers for she always had the drive to attain something more which is perhaps the reason why she dropped out of university to begin the quest for the extraordinary. Hereby unfolds the story of Theranos. Theranos in the beginning was a class apart from the rest of the startups for it was revolutionary in its ideals and goals. The promises made by the company were quite massive and hence the fall, equally massive. All was going well. Holmes was soon rocketed to the position of the youngest self-made billionaire and investors were more than optimistic about investing in a company that had the potential to change the world. Sadly enough, the company went from changing the world to changing its word as it got embroiled in a series of fraud charges and soon enough Holmes was facing criminal charges for defrauding the investors. And now she stands at a position wherein if convicted she could face long years in prison and let’s not forget the bad name that will follow. Perhaps it is already looming large over her head like an albatross.

The Question of Double Standards

Any crime deserves to be punished. But it is important to discern the definition of crime. More importantly, whether it is the same for everyone out there. The trial of Elizabeth Holmes shines the light of scrutiny, particularly on this fact. Holmes is not the very first person to go down the wrong lane in the quest for success. Nor is she the first one to face fraud charges. But perhaps she might be the first to face criminal charges for the same. Is that a case of double standards or is it actually the fair disposal of justice.

Elizabeth Holmes worked according to the same rule book that everyone follows in the tech world. She had a vision, perhaps a vision that was blown out of proportion but a vision nevertheless and she channeled her energies in such a way that it attracted investments. According to her promise, a single drop of blood was enough for analyzing a multitude of diseases. This goal of Theranos was supposed to be transformative to health care. However, she forgot to follow through with her actions. In a bid to attain success and to augment growth, Holmes went on to hide the actual details about the company from the investors, in addition to providing a completely twisted picture about the capability of the testing machines. And false test results weren’t helping the case either. And the rest we know from the news headlines that have been discussing the rise and fall of Elizabeth Holmes and Theranos ever since. 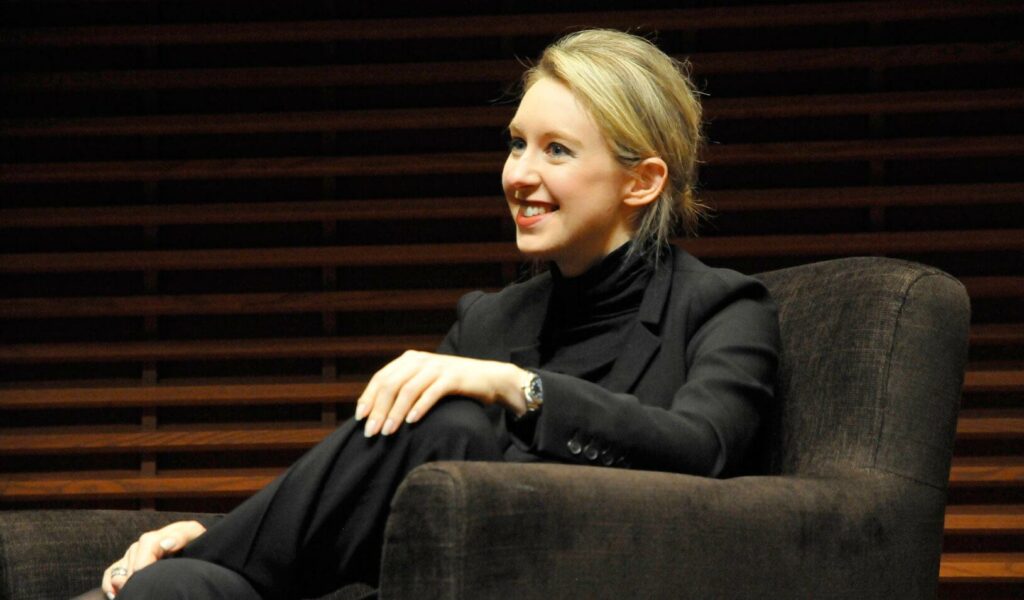 However, the trial has got Silicon Valley thinking. Why was Holmes the only one to face criminal charges and prosecution when a multitude of tech CEOs go by the same rule book that she adhered to? This question points to a lot of directions, particularly towards gender discrimination and sexism. We are not strangers to the whole notion of the glass ceiling and marginalization that women have to often deal with when trying to create a place for themselves. And perhaps this might be one reason why Holmes came under the direct eye of prosecution following the scandal. Looking at the long list of CEOs with a black mark of misdeeds, we have quite a few to name. Adam Neuman, Travis Kalanick, Juul’s Kevin Burns to name a few. And they did face lawsuits and blame. But none of them was ever brought to the doorstep of criminal prosecution. Are we seeing a clear case of double standards or is there something that sets apart Holmes from the rest?

The Case That Stands Apart

In the realm of disgraced tech CEOs, Holmes occupies a place that is quite different due to a spectrum of reasons. For one, the claims made by Holmes on account of Theranos were quite epic. It will not be an exaggeration to say that with the claims made by the company that was nothing short of a miracle, it was hard to discern where facts ended and fiction began. Apparently, a whole lot of that was just fiction and nothing more. The miracle machine which she claimed would transform laboratory science did not even do a percent of what it said it will do.

Another fact that raises the stakes is the fact that Theranos was a biotech company. We are talking about people and their lives here. The misleading claims and the flawed test results directly put them in the risky path of danger. You cannot get away after compromising with human life and that is something that puts Theranos directly under scrutiny and criminal charges.

As per the reports of the former prosecutors, another reason for the prosecution was the evidence that stated Homes carried out these actions intentionally, which is a rather hard fact to establish when it comes to criminal cases. Although her defense team contends this claim, the prosecutors seem rather confident of proving Holmes guilty on that account. The wide array of text messages, emails, witness testimony in addition to a multitude of other pieces of evidence are going to pose rather difficult hurdles for Holmes. It will take some Herculean effort to prove that the defrauding of investors was not done “knowingly and intentionally.” It is crucial that they prove Holmes guilty on this account since the other charges like exaggerating the product potential and running a clandestine company don’t really mean federal crimes. This means the prosecutors should be confident enough to lock the case with the allegation that the accused was intent on breaking the law. Once this lock falls on the case, it will be pretty hard to break that up.

Elizabeth Holmes’ case has ruffled a lot of feathers. And a number of people in the tech domain feel that it is necessary to save face by arguing that Holmes’ case is one of a kind and doesn’t represent the entire tech domain. Now that is something we have to think twice about. Nobody is disagreeing with the fact that what Holmes did was wrong. However, it cannot be denied that Holmes was lured by the same factors of venture capital as the rest who lost sight of ethics and morals when caught in the whirlwind of rewards and success.

This again turns the discussion to accountability and the question that was previously asked. Why is Holmes the only one held accountable for her misdeeds while many others escape? Why are loopholes open for some when the others are caught in a double lock? The questions are many and the answers are quite vague. Perhaps every case of this sort throws light on the layers of hidden misdeeds that require acknowledgment and which must be held accountable for.  Because justice will not be just until it is dispensed in a way that is fair and even.