The CEO of Binance, Changpeng Zhao in his recent tweet, Which he deleted quickly sparked the possible loopholes in the foundations of Binance’s rival crypto company Coinbase and crypto asset company Grayscale. Changpeng Zhao his deleted tweets questioned the disclosure details of the crypto companies like grayscale and Coinbase. 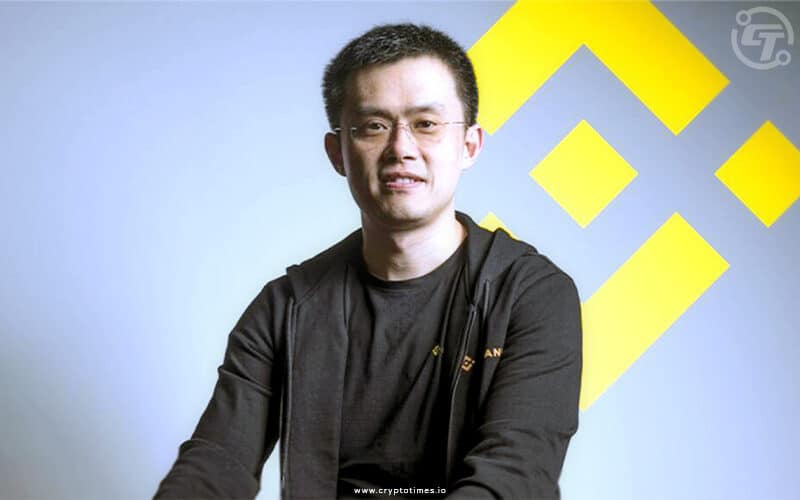 The soft war between the Crypto exchange companies has resulted in huge Chaos in the Cryptocurrency industry this month. The latest happenings in this issue are seen between the CEO of Binance against other crypto companies like Coinbase and Grayscale.

What was mentioned in the deleted tweets of CEO of Binance?

On Tuesday this week, the CEO of Binance mentioned one of the biggest worries about the Crypto market in which he mentioned some doubts and observations about the performance of the Crypto asset company grayscale which has been operating as the biggest trust for the cryptocurrency Bitcoin.

The grayscale company is one of the subsidiaries of the Digital currency group. This Digital currency group is also a stakeholder in the CoinDesk platform. The grayscale platform is also backed up by its partner Coinbase who is also having one of the biggest stocks of cryptocurrency Bitcoin. Zhao Tweeted about all these speculative views with claims of some news reports without having any reliable source of information.

Zhao later on, deleted this tweet when Twitter crypto communities stormed in retaliation for these views. Coinbase CEO Brian Armstrong has responded to Binance CEO before deleting his tweets that if Binance CEO can see the accuracy of the Coinbase platform, it is visible that Coinbase is a publicly listed company, Unlike Binance which is a private company.

There is also uncertainty along with doubt and fear about the internal working of finance as it is a privately held company Binance as it is not disclosing its financial information into the public domain. The Binance CEO resolved his miss interpretation later on, in the subsequent tweet, he mentioned that he had a recent discussion with Brian Armstrong who told Zhao that all the numbers he got or he has gone through the public news are wrong along with that Zhao almost mentioned working together to improve transparency in the industry.

Since last year Zhao is considered a central figure in the collapse of the cryptocurrency exchange platform at FTX, after the news report by CoinDesk. CoinDesk platform mentioned some doubts about the financial stability of the sister company of FTX, the Alameda research.