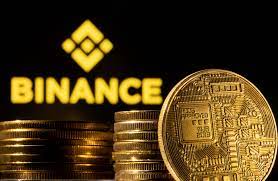 What does the number say about Binance and others in UNI swap?

What is UNI swap?

What is considered a mechanism which is used for the Governance of Automatic transitions in the cryptocurrency to come with the help of Smart contacts.

What is Uniswap tokens (UNI)?

Technically any individual or the company that holds the Uniswap tokens can vote for any proposal weighing their total number of tokens for the proposal in this governance. This process works on the decentralized financial protocol country to centralize companies and works from the open source software in its operation.
Operational changes in this effect can be moderated with the length of voting powers with the delegates who are involved in the governance And implementation of that cryptocurrency’s future cycles.

The process of transfer of Uniswap tokens has been completed in the proportion of 400 Uniswap tokens for each Ethereum address, calculated with the base of September 2020. The market capitalization of these Uniswap tokens is around $6.6 billion as of February 2022.

According to one report, Binance has been competing with global crypto facilitators like Coinmarketcap, tradingview, kucoin, bscscan, And many more for becoming the dominant cryptocurrency company in the world.