El Salvador and bitcoin are two terms that are heard together these days. The Central American country made a historical move that will go down in the history of crypto as a milestone movement. The country recently announced the acceptance of bitcoin as legal tender, thereby becoming the first country to carry out this feat. In the midst of the dip and crypto prices dropping like leaves during autumn, the move by the country carries great magnitude and significance. 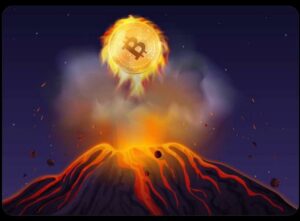 Once again, El Salvador has made news with the announcement of using geothermal energy attained from volcanoes for the mining of bitcoin. In a context where the high energy-intensive methods used for mining caused quite a riff leading to the drop, this comes as a saving grace, taking away a major black mark off the list.

I’ve just instructed the president of @LaGeoSV (our state-owned geothermal electric company), to put up a plan to offer facilities for #Bitcoin mining with very cheap, 100% clean, 100% renewable, 0 emissions energy from our volcanos 🌋

This is going to evolve fast! 🇸🇻 pic.twitter.com/1316DV4YwT

The Tweet by El Salvador President, Nayib Bukele has managed to turn quite a number of heads. According to the president, the new and quite innovative initiative will provide 95 MW of geothermal energy with zero emissions, in addition to being 100% clean.

Our engineers just informed me that they dug a new well, that will provide approximately 95MW of 100% clean, 0 emissions geothermal energy from our volcanos 🌋

Starting to design a full #Bitcoin mining hub around it.

What you see coming out of the well is pure water vapor 🇸🇻 pic.twitter.com/SVph4BEW1L

This might prove to be a groundbreaking move that will add laurels to bitcoin history, and inevitably ensure a brighter future. The timing of the announcement is rather sharp, particularly in a context where bitcoin prices are falling, and with that the hopes of those who invested in the same.

Quite unsurprisingly the Tweet received a lot of attention, and people have a new topic of interest to discuss on Twitter. While some are quite enthusiastic about the innovative move, there a good number who are skeptical about the same. Only time can tell who will be proven right in the long run. However, it cannot be denied that in a rather critical context where bitcoin is facing quite a lot of backlash over its negative impact on the environment, the announcement by the El Salvador president has helped in diluting the criticisms, letting in a new perspective that can be groundbreaking.

Ever since the Tweet, Twitterati has not rested and has been flooding the platform with responses and opinions, which open up a spectrum of perspectives and insights.

While this new move might be an answer to various questions, some sharp questions are also being raised.

@elonmusk what are you doing for Bitcoin?

Oh wonderful idea when the history of bitcoin is going to written after years it's going to start with your name.#BTC

Finally, a ray of hope amidst chaos for the miners.

Absolutely amazing fast progress…. You just discussed this idea less than 24 hours ago !!

Global politicians should learn a thing or two here 🙌🏻🙌🏻

Somebody has to take the bitter pill after all.

An abundance of energy from natural sources, #bitcoin allows us to harness that energy, pretty much anywhere on earth, to power the #btc network

Its applause everywhere for the president.

I love how you keep surprising us with your wise decisions–always for the better.#Ginius

Looks like Bitcoin is finally going to get experience bright sunshine after a disastrous downpour.

And this is the beginning of a new relationship. Between volcano and crypto, and let’s hope it is successful.

Perhaps it is time to change from laser eye to something volcanic.

Need this GIF with a volcano in the background. pic.twitter.com/CHPEhWy9RL

Every coin has two sides though.