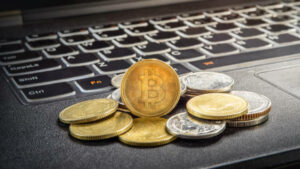 After El Salvador’s announcement to adopt Bitcoin as a Legal Tender, the continuous fall in the cryptocurrency appears to be a disturbing situation for all the crypto-enthusiasts across the world.

This week was not a good one for all the top cryptocurrencies, currencies like bitcoin, Ethereum, and Dogecoin continued to plunge the entire week. On Saturday, Bitcoin experienced a fall of over 4 per cent and the Ethereum dived to $2291 which is almost 6.56 per cent down.

Dogecoin also jumped 5.64 percent down and was trading at $0.30. This is after the recent revelation of the World’s youngest billionaire where he said that he made millions out of Dogecoin. The unstable nature of the cryptocurrency is widely known, Despite this fact, this month was all about the bright side of the currency.

This week stressed out all the crypto holders with the rapid fall in all the virtual currencies. Apart from the popular currencies like bitcoin, ethereum, and Dogecoin, other currencies such as Cardano, LiteCoin, XRP, and Stellar were also 10 per cent down. Bitcoin Cash was also 7.10 per cent down on Saturday and Ethereum Classic was trading 6.42 per cent lower.

If we look at the weekly account of Bitcoin, This week the currency was unexpectedly volatile, the market value of the currency went from $39,000 to $31,000 levels, whereas on the weekend it was trading at $35,000 which is 4% lower. This fluctuation in the currency triggered many countries in Europe and as a result, Netherland’ CPB Chief recommended the Dutch Government to ban the cryptocurrency in the Country as soon as possible.

There were various developments and announcement throughout the month, such as El Salvador adopting bitcoin as legal tender and Elon Musk changing his heart towards cryptocurrency, which actually cheered up the Crypto Geeks all across the world but this continuous fall might negatively impact the decisions of the investors to indulge into the cryptocurrency.

Also, Countries like China and Turkey also banned cryptocurrency as payment this week and also strictly warned the investors in the country to stop the crypto trading. All these ups and downs around the currency at the same time is no less than a thrilling adventure for all the crypto followers across the world. Now, all the eyes are on the coming week, as the industry is experiencing major shifts every other day.