Bitcoin dips below $44k halting the DeFi and altcoin rally

The crypto market was doing really well the past couple of days. Even though Bitcoin was stuck under $47k for a while, it gave altcoins the opportunity to move. DeFi and other tokens were looking strong, registering double-digit gains. We also saw LINK touching $27 while DOT has been hovering around $30. But as Bitcoin dips below $44k, the altcoin and DeFi rally has broken down. We have seen a pullback, and overall the entire crypto market is down by 4.5% to $2.25 trillion.

Bitcoin saw a major correction below $44k very quickly. It briefly touched $42.5k before recovering a bit and is now trading around $43.5k. It will be necessary for Bitcoin to move above $44k in order for the altcoins to continue their upward movement. There has been a sudden hash rate drop due to the mining difficulties in Kazakhastan, which can also be one of the reasons why we saw a correction. 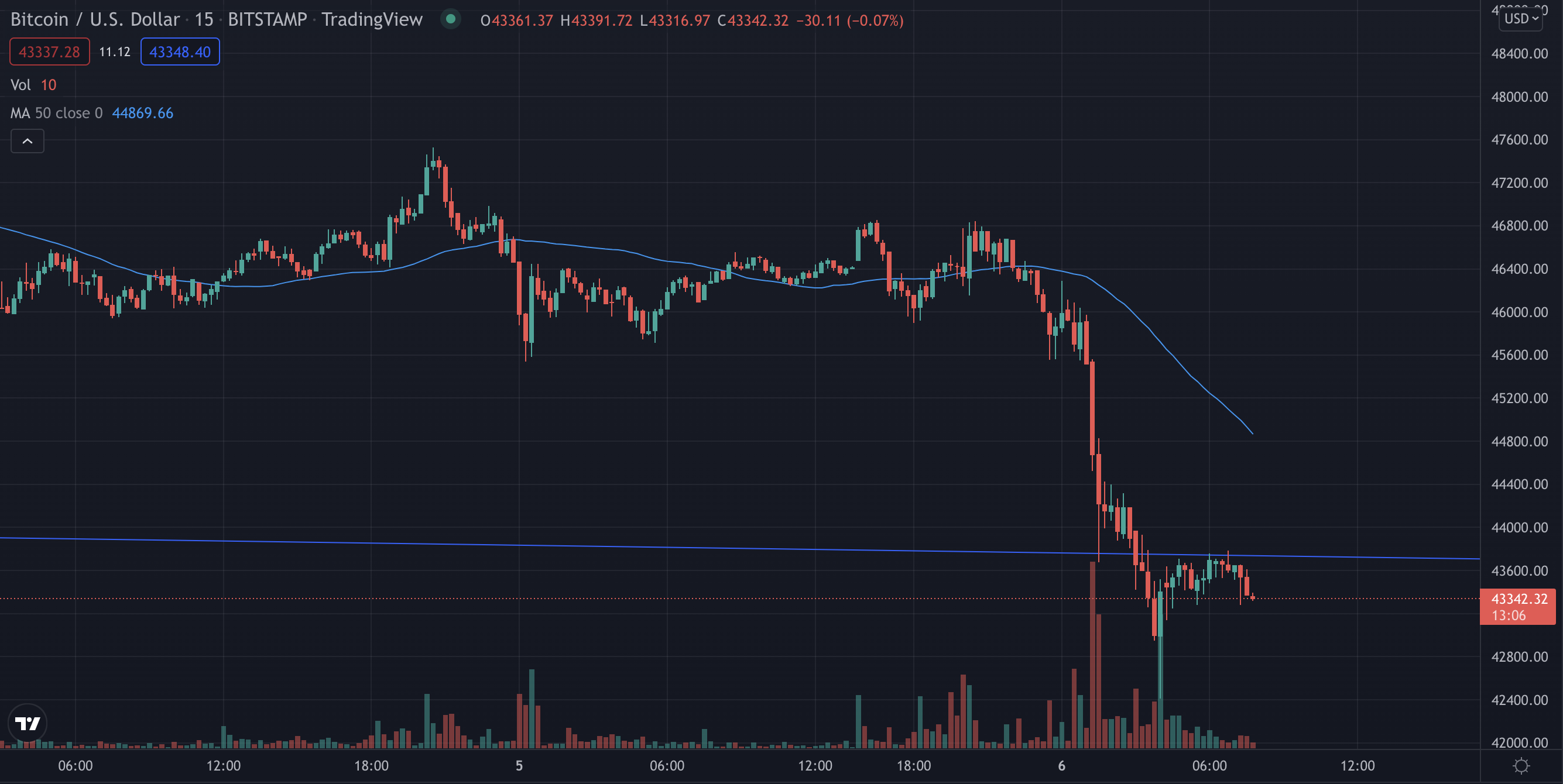 Ethereum was also not pardoned in the crash as the price of the asset is now hovering much below the $4000 price point. That level was considered huge support and held for quite a long time even though Bitcoin fell below $50k. But now, Ethereum is trading near $3.5k.

Other crypto assets like LINK, DOT, LUNA, SOL have seen a correction too. While they have held up quite well as compared to BTC and ETH but still the momentum they had is lost. All this has resulted in the stablecoin market seeing a surge in volume as people are moving to the same to preserve their money.

Bitcoin dominance after the crash has fallen to 37.5%, which is its lowest value since June 2018. This shows that altcoins are held up quite well against BTC recently. All this indicates that we might be seeing an alt season soon, and the glimpses were already visible the past few days. There is extreme fear in the market which indicates that a turnaround might be near, and Bitcoin could explode towards the top. While all this is good, it is important to average your holdings and just be patient.

What are your thoughts on the market sentiment as Bitcoin dips below $44k? And do you think an altcoin season is near? Let us know in the comments below. Also, if you found our content informative, do like and share it with your friends.

Also Read: Cryptocurrencies could soon be accepted by Airbnb