According to Michael Saylor, Bitcoin can prosper even without the assistance of crypto-critic Warren Buffett. Buffett never put a lot of money into Microsoft, but the software company did well, according to the MicroStrategy CEO. Saylor, who frequently mentions Buffett, believes the billionaire has underestimated Bitcoin’s brand value.

Bitcoin can prosper even without the assistance of crypto-critic Warren Buffett, says Michael Saylor 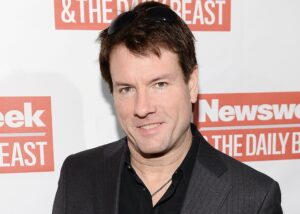 MicroStrategy CEO Michael Saylor, whose software firm owns approximately $6 billion in Bitcoin, believes the cryptocurrency does not require Warren Buffett’s endorsement to be a huge success. Last year, Warren Buffett criticized cryptocurrencies as essentially useless because they don’t generate anything.

Between November 29 and December 8, the business intelligence firm said it bought 1,434 bitcoins for $82.4 million. The average price was around $57,477, bringing the total to almost $82.4 million.

Part of that transaction was made during a severe sell-off on December 4, when bitcoin’s price plummeted by more than 20percent. Prices have now recovered, but remain much below their previous highs of around $69,000.

The company claims to have 122,478 Bitcoins in its possession, with an average price of $29,861 per Bitcoin. MicroStrategy’s stake is worth nearly $6 billion at the current price of $49,000.

During a presentation at MicroStrategy’s virtual investor day this week, Saylor brought up the criticism from the famous investor and Berkshire Hathaway CEO Warren Buffett.

He noted that other assets have outperformed bitcoin without Buffett’s support, and claimed that bitcoin may thrive if even 5% of institutional investors support it. According to a transcript on Sentieo, a financial-research site, “Warren Buffett never bought Microsoft stock, and he was best friends with Bill Gates for nearly a generation.”

“Just because successful investors aren’t on board with bitcoin doesn’t imply it won’t grow,” he continued. “Even without a Berkshire Hathaway investment, Microsoft has been fairly profitable.”

It’s worth recalling that after his initial encounter with Gates 30 years ago, Buffett bought 100 Microsoft shares because he wanted to follow the software company and its co-founder. He hasn’t bought the stock on Berkshire’s behalf, however, because he’s worried that people would think he’s getting inside information from Gates.

For more than a decade, Saylor has kept a tight eye on Buffett. According to an earnings-call transcript on Sentieo, he defended MicroStrategy’s lack of engagement with investors and analysts in 2005 by citing an investor’s comment that “a stock market is a weighing machine in the long term.”

Over the last 18 months, the software executive has also tweeted a number of Buffett quotes, playfully implying that the investor was referring to Bitcoin with each one. Furthermore, he previously told Cointelegraph that Buffett had failed to recognize that Bitcoin, like Coca-Cola, has value due to its brand recognition.