CoinMarketCap slammed for price fluctuations. CEO of Crypto.com accused prominent data source CoinMarketCap.com and stated the company was working to remove the “unreliable price feed” from their site.

After data issues resulted in the brief exhibition of enormous gains for various cryptocurrencies late Tuesday, the finger-pointing has already begun. Kris Marszalek, CEO of Crypto.com, accused prominent data source CoinMarketCap.com and stated the company was working to remove the “unreliable price feed” from their site.

You don’t have to tell us anything — we are already working on removing @CoinMarketCap’s unreliable price feed from our product. 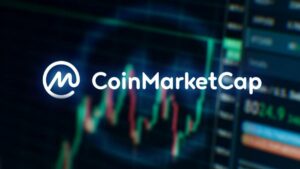 During a Bloomberg Technology Summit interview on Wednesday, Choi described the occurrence as “indicative of a growing sector.” Coinbase, the largest cryptocurrency exchange in the United States, with more than 70 million users globally.

While the actual reason for the problems is yet unknown, several industry experts believe API, or application programming interface, may have had a part. APIs are used by websites to communicate with one another, and a website can make its APIs available to other websites so that they can include its data, for example.

When asked how much Coinbase pays for CoinMarketCap’s data feed, the company did not comment. A request for comment from Crypto.com was not returned. Coinbase “owes its consumers a safe crypto exchange platform instead of one riddled with outages, breaches, and vulnerabilities,” said Elizabeth Warren, a Democrat on the Senate Banking Committee, in a statement to Bloomberg on Wednesday.

Many exchanges have had trouble processing transactions during periods of high trading activity, and the Bitcoin sector has long been plagued by technological challenges.

The anonymity that has been a selling point for cryptocurrencies since their inception has also made it harder to handle attacks and crimes. “The view here is that it happens fairly frequently to the point where people become impatient,” Owen Lau, an analyst at Oppenheimer & Co, said.

“While people are still hunting for the main cause, I wouldn’t be shocked if people blamed a client-facing program like Coinbase, even if the problem is caused by data provided by a third party.”

“We need dependable and transparent data sources for these markets to be seen as credible by institutions and regulators,” said Nic Carter, co-founder of Coin Metrics, a crypto data platform.