Bitcoin, Ethereum, BNB, Cardano, and XRP could replace the dollar in five years as bitcoin’s price increases by $1 trillion

After a sell-off triggered by China and Elon Musk, bitcoin and other cryptocurrencies have exploded in value over the last month. Last night, the bitcoin price surpassed $50,000 per bitcoin for the first time since May.

Meanwhile, double-digit rises in other prominent cryptocurrencies, such as ethereum, Binance’s BNB, Cardano, and Ripple’s XRP, boosted the total crypto market value to almost $2.1 trillion, up from $1.1 trillion in July. 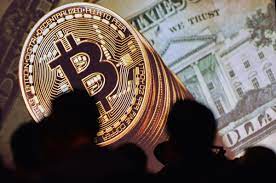 A study of primarily finance professionals conducted before the latest bitcoin and crypto price spike found that the majority believe bitcoin and digital assets would replace fiat currencies like the US dollar over the next five to ten years, a shift described as “seismic.”

Deloitte Consulting researchers led by Linda Pawczuk found several findings illustrating a seismic shift in financial services caused by the rise of blockchain-based digital assets, alongside a report that found 76% of financial professionals think bitcoin is a successor to fiat currencies within five years.

A large majority (81%) of the nearly 1,300 CEOs polled believe blockchain, the technology that underpins bitcoin and cryptocurrencies, is widely scalable and has already gained general acceptance. Meanwhile, 73 percent of respondents believe their organization should use crypto and blockchain technology or risk losing a competitive advantage. 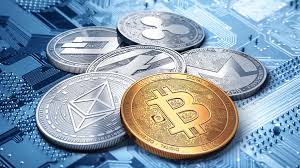 In a statement released along with the report, Deloitte Global Blockchain and Digital Asset Practice Leader Paul Pawczuk stated, “Banking’s fundamentals must be reframed to create economic growth in the future of money.”

As central banks throughout the world experiment with blockchain-based central bank digital currencies, Wall Street firms from Goldman Sachs GS +1.4 percent to JPMorgan JPM +1.3 percent have begun rolling out bitcoin and crypto services to their clients this year (CBDCs).

China has already begun real-world trials of its digital yuan, while European and North American governments fire first salvos into CBDCs. In September, the Federal Reserve will release a much-anticipated report on CBDCs, which could shed light on what a future digital dollar would look like.

The Deloitte report stated, “The future is unfolding right now.” “In the age of digital assets, participation is not an option—it is a requirement.”

Do share this article with your friends and family if you found it informative!