Bitcoin hodlers are accumulating and the trend is getting stronger

Bitcoin hodlers are accumulating, and the trend is getting stronger every day. This can be seen with the key-metric RHODL ratio, which gives an idea of the same. One can use this key metric to identify the market tops and bottoms. It is created by using one-week, one-month, one-year, and 2-year bands. The higher the ratio becomes, the chances of a top being at that level increases.

How does a bear market happen?

Till the time there are investors that keep accumulating Bitcoin, there won’t be a bear market. And this is the same case going on here. But when we reach a market top, and hodlers start taking profits gradually, we slowly start seeing inflows in exchanges, and the price comes down. This is the point where a bear market could be triggered, and till we are at a level when investors begin accumulating again, the trend stays as is. 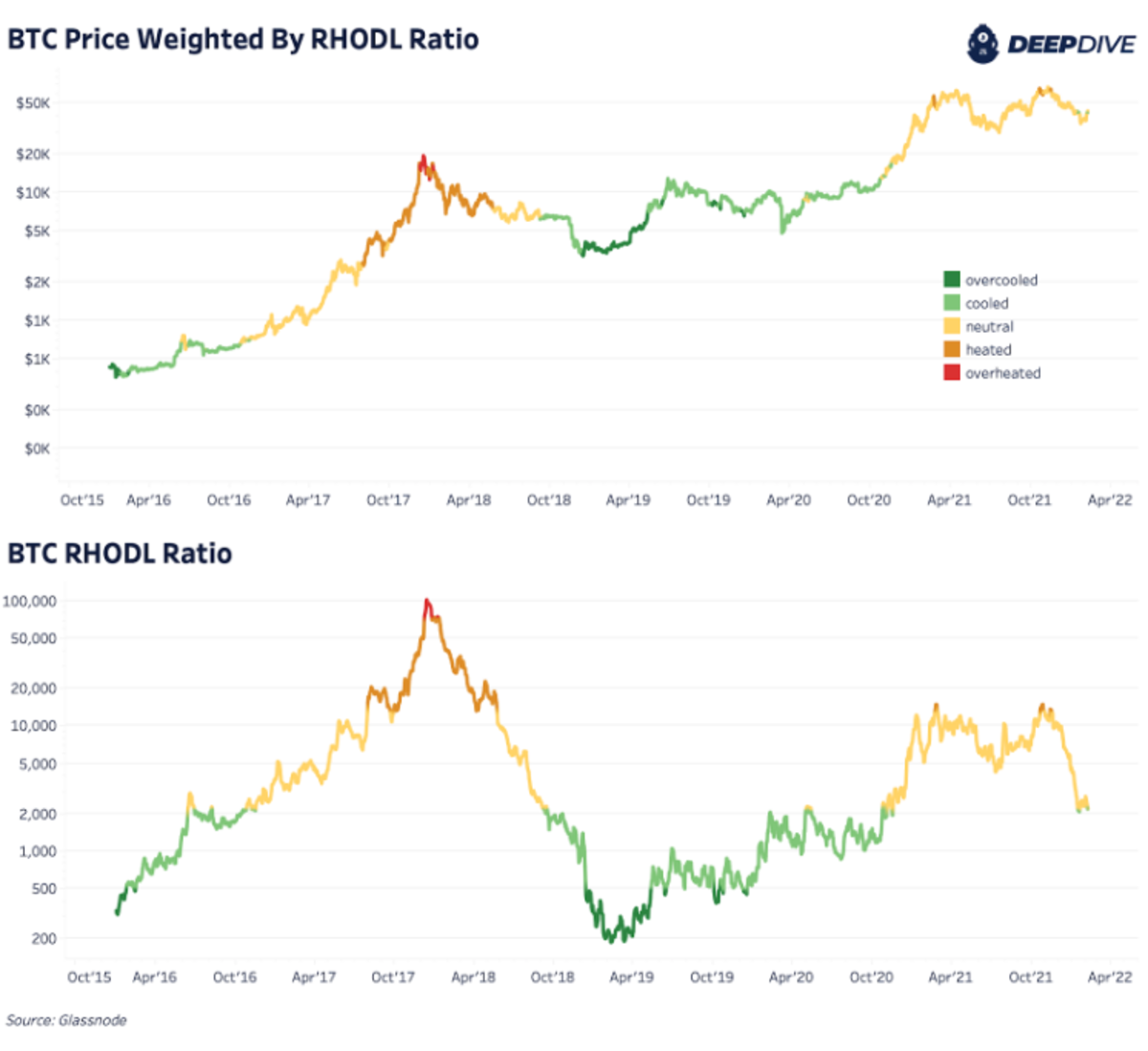 With the ROHDL ratio, one can see the difference between older and younger coins. The increase in the dominance of younger coins means the ratio increases, and thus long-term hodlers have less market cap in their portfolio. And this could lead to an overheated market showing a market top.

This is the reason why the markets are still bullish. The ROHDL ratio is on the rise, but we haven’t moved to an overheated market yet. And this was not the case even when we had two tops at $65k and $69k in 2021. So, if you are worried about the market, for now, it’s chill.

What to look out for?

When the BTC price-weighted HODL ratio gets overheated, we could see a market top. At the same time, it will be important to keep an eye on where the majority bands where coins are being held. Until younger coins are peaking in number, there is nothing to be worried about. At present, we are between the neutral and cooling levels, and things look bullish from this perspective.

What are your thoughts as Bitcoin hodlers are accumulating and the RHODL ratio is on the rise? And when do you think we will see the Bitcoin top in this bull run? Let us know in the comments below. Also, if you found our content informative, do like and share it with your friends.