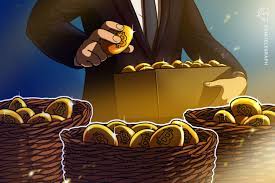 Gallup recently polled US investors about Bitcoin and received progressively positive responses. Bitcoin is slowly but steadily gaining public acceptance. Gallup conducted a comparable poll in 2018, and the data from both surveys offer an interesting and upbeat tale. People with investable income are gradually becoming aware that there is a new game in town.

“U.S. Investors Not Biting on Bitcoin, but Many Intrigued,” read the headline in 2018. “Bitcoin Making Inroads With Younger U.S. Investors” is the theme this year. The tide is beginning to turn. There are a plethora of indicators available. However, we are still in the early stages of the game.

Bitcoin is owned by 6% of US investors, defined as people with $10,000 or more invested in equities, bonds, or mutual funds. This is an increase from 2% in 2018. However, among investors aged 18 to 49, ownership has increased by ten percentage points to 13 per cent. Its popularity among investors aged 50 and over has remained low; only 3% say they hold it presently, compared to 1% three years ago.

Sex And Risk In Bitcoin Investment

There is a sex gap, just as there is an age gap. Women are taking longer to adopt Bitcoin than males, just as they did with the Internet. And, as with the Internet, they’ll overtake men sooner rather than later. Give them some time. For the time being, Gallup provides the following information:

The public’s perception of Bitcoin is shifting as well. As volatility decreases, so do the perceived risk element associated with the newer asset. And, given that Bitcoin is a work-in-progress with no guarantees, it’s only natural that most investors perceive it as a risky investment.

Almost all investors consider bitcoin to be a dangerous investment in some way, although the percentage who consider it “very risky” has dropped to 60% from 75% in 2018. The majority of the others, at 35%, think it’s “somewhat risky,” while only 5% say it’s “not too risky” or “not at all risky.”

Those who say “not at all risky” may be overconfident, but who are we to judge?

What Will the Gallup Survey of 2021 Reveal?

“No one in the world knows more about the will of employees, customers, students, and citizens than we do.” Gallup’s “About” website claims that the corporation is aware of the situation. “We understand what matters most to them at work and in their personal lives, as well as how those priorities shift over time.” And how does that firm feel about Bitcoin? Well…

Bitcoin is gaining traction among American investors, particularly those under the age of 50. Not only do 13% of these relatively young investors possess it, but they are also familiar with it and prepared to buy it in large numbers.

What’s the hold-up? That isn’t the case. Bitcoin’s adoption rate is outpacing that of the Internet, and we all know how significant that small piece of technology has become. It even outperforms mobile phones and any virtual banking tool:

Bitcoin’s acceptance rate is substantially faster when compared to the Internet, PayPal, and other technology such as mobile phones and other virtual banking tools. According to Levin:

Despite the scare tactics, Bitcoin, like all other revolutionary technology, is following a predictable and transparent adoption curve, albeit at a faster pace.

Levin predicts that BTC has reached 135 million users in under 12 years, with expectations of 1 billion users by 2025.