Bitcoin was launched 13 years ago

After the Genesis Block was mined thirteen years ago, Bitcoin was officially launched.

Bitcoin was officially launched 13 years ago 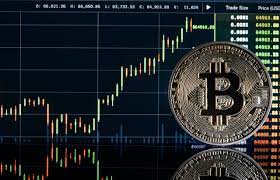 In many ways, Bitcoin enjoyed a record year in 2021, despite yet another ban from China, greater governmental scrutiny, and extreme volatility. With multiple firsts, including all-time highs in Bitcoin’s price and hash rate, this past year marked the beginning of mainstream usage for Bitcoin.

Throughout 2021, institutional and retail investors’ confidence in bitcoin rose. Bitcoin, the most valuable cryptocurrency by market capitalization, has established itself as a peer-to-peer financial system. Its proponents consider it as an inflation hedge, a digital gold, and a viable currency.

However, keep in mind that bitcoin’s detractors continue to contend that it is a dangerous and speculative asset. Experts recommend investing just what you can afford to lose.

The achievement came after significant institutional investors and well-known financial firms began to back bitcoin earlier this year. Tesla, Square, and MicroStrategy are among the companies that have begun to buy bitcoin using their balance sheets.

Morgan Stanley became the first major U.S. bank to sell bitcoin money to its customers in March, according to CNBC.

The investment bank opened access to three funds that enable bitcoin ownership after its clients “demanded exposure to bitcoin.”

El Salvador became the first country to embrace bitcoin as legal cash when it passed a new law in June.

El Salvador’s law permits bitcoin to be used to pay for goods and taxes. According to CNBC, businesses can price their products in bitcoin, and exchanges will not be subject to capital gains tax.

The ProShares futures-based bitcoin ETF, which trades under the ticker “BITO,” debuted on the New York Stock Exchange in October.

The bitcoin futures ETF tracks contracts that speculate on the digital asset’s future price rather than the cryptocurrency’s current or “spot” price. As a result, the ETF and bitcoin values aren’t always in sync.

Despite this, CNBC claimed that the ProShares bitcoin futures ETF had one of the “largest opening days on record for ETFs.”

The price of Bitcoin hit a new high in November, just as the total worth of the cryptocurrency market crossed $3 trillion. According to CoinGecko, bitcoin reached an all-time high of approximately $69,044 on November 10.

In November, Taproot, a much-anticipated improvement to bitcoin, became operational. It was the first significant upgrade for bitcoin since 2017.

Taproot pioneered the use of Schnorr signatures, which make bitcoin transactions more private, efficient, and cost-effective. The upgrade improves bitcoin’s ability to execute smart contracts, which are collections of code that execute a set of instructions on the blockchain.

According to data from Blockchain.com, 90 percent of the total bitcoin supply of 21 million has been mined as of December.

The rest won’t be removed until at least February 2140. Until then, miners can continue to earn Bitcoins.

Bitcoin features a proof-of-work architecture, which means that in order to validate transactions, miners compete to solve challenging math problems. It didn’t happen overnight; it took 12 years to get to 90percent.