Even as experts say that Bitcoin might be on its way to unprecedented prices per token in the coming years, it seems that the crypto has gain a strong foothold in the US, at least. 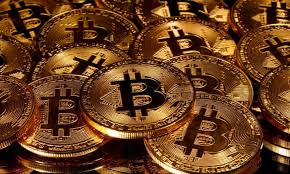 A survey by the New York Digital Investment Group (NYDIG) has revealed that a whopping 46 million (or 17%) of the American adult population is in possession of at least one share of Bitcoin. Some of these people might have taken to the crypto as a pastime, but many are seriously considering its financial implications.

The report has found that a fraction of these people are looking to include the crypto into their financial plans and life insurances. It also found that over 75% of the survey participants would like to learn more about Bitcoin in terms of life insurance and annuities. Currently, 53% of those surveyed said that they don’t own Bitcoin, but 55% admitted to considering adopting it.

While the survey shows that Bitcoin and other cryptocurrency have become mainstream, especially fuelled by the likes of Elon Musk, it also unveils an imminent issue. Bitcoin, being volatile, may be a risky asset if it is incorporated into finances like life insurance, which are supposed to be stable. This becomes especially important when one considers that over 90% of the survey respondents said that they would like to receive insurance or annuity interests that are linked to Bitcoin in some way.

While the report can not determine how insurance firms will perceive it, and how this may affect their functioning, the survey did pose another question. Respondents were asked if they would like their insurers to invest less than 2% of their funds on Bitcoin. 43% said that they would allow such a move, while 42% said they might allow it. 15%, however, did not side with the idea.

As Close to Reality as Possible

While this survey cannot truly express how all of America feels, it tried to be as close to reality as possible. It was carried out on a population of 1,050 Aemericans, with at least $50,000 as their annual income. Demographics like age, sex, geographical location, and education, were given due weightage. An error margin of plus/minus 3.1 percentage points was allowed.