Bitcoin’s network has surpassed PayPal in terms of dollar value processed, and it may soon exceed Mastercard’s, as it already processes 27percent of its value. In a new analysis, market intelligence firm Blockdata claims that Bitcoin could overtake credit card giant Mastercard in terms of dollar transactions handled. 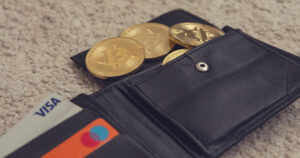 Bitcoin has a higher monetary value processing capacity than PayPal. Bitcoin recently surpassed PayPal, the world’s largest payment technology company, in terms of value transfer. The Bitcoin network processed roughly $489 billion in value per quarter at the time of writing, while PayPal’s worth was around $302 billion.

While this is a huge milestone for the crypto business, it pales in comparison to the worth of Mastercard and Visa, the world’s other main payment companies.

According to available data, the two credit card behemoths processed $1.8 trillion and $3.2 trillion in transactions in the previous quarter. When compared to those two, Bitcoin’s network value represents only 27percent and 15percent of the transaction volume processed by those two behemoth financial firms, respectively.

How can Bitcoin compete with Mastercard?

“If Bitcoin were to increase its value transferred per transaction today by 260%, it would be processing an equivalent volume to Mastercard daily.”

A rise in the price of Bitcoin, according to the paper, is another potential driver that might push the Bitcoin network’s worth to the same level as Mastercard’s.

According to the analysis, if the flagship maintains its present rate of growth, it will catch up to Mastercard in a few years, i.e., if the current rate of growth is maintained, Bitcoin may be processing the same amount of transactions as the payment business by 2026.

However, if the yearly average price of Bitcoin is taken into account, it may take until 2060 for the network to catch up to Mastercard. Even if BTC is unable to equal the performance of those payment firms in the near future, the analysis concluded that for a network that began just over a decade ago, it has performed admirably well.

Will Bitcoin surpass Mastercard in dollar value by 2026? What do you think? Let us know in the comment section below.