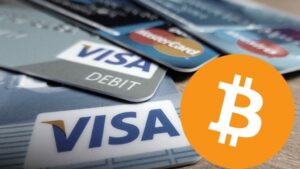 According to letters reviewed by Reuters, Visa Inc has protested to the US government that India’s “informal and formal” promotion of domestic payments rival RuPay undermines the US behemoth in a critical market. In public, Visa has downplayed concerns about RuPay’s rise, which has been bolstered by public lobbying from Prime Minister Narendra Modi, who has compared the usage of local cards to national duty.
However, according to US government memos, Visa executives, including CEO Alfred Kelly, highlighted worries about a “fair playing field” in India during a meeting between US Trade Representative (USTR) Katherine Tai and company executives on August 9.
Similar concerns have been addressed confidentially with the USTR by Mastercard Inc (MA.N). According to Reuters, the business filed a protest with the US Trade Representative in 2018, alleging that Modi was exploiting nationalism to promote the local network. “Visa remains concerned about India’s informal and formal policies that appear to favor the business of National Payments Corporation of India” (NPCI), the non-profit that runs RuPay, “over other domestic and foreign electronic payments companies,” according to a memo prepared for Tai ahead of the meeting by the United States Trade Representative.
Requests for a response from Visa, the USTR, Modi’s office, and the NPCI were not returned. Modi has long championed RuPay, a local payment system that competes with Visa and Mastercard (MA.N) in the fast-growing payments business. According to the most recent regulatory data on the company, RuPay accounted for 63 percent of India’s 952 million debit and credit cards as of November 2020, up from only 15% in 2017.
Kelly stated publicly in May that there had been “a lot of fear” for years that RuPay and other similar services could be “potentially troublesome” for Visa, but that his company remained India’s market leader. Modi characterized the usage of RuPay as patriotic in a 2018 address, saying that “because everyone cannot travel to the border to protect the country, we may utilize RuPay card to serve the country.” According to an email sent between US officials on the meeting’s summary, when Visa expressed its concerns during the USTR meeting on Aug. 9, it noted the Indian leader’s “address when he called on India to use RuPay as a show of service to the country.”
Last year, Finance Minister Nirmala Sitharaman stated that banks should promote “RuPay as the only card.” For public transportation payments, the government has also promoted a RuPay-based card.
According to industry sources, while RuPay has the most cards in India, most transactions still happen through Visa and Mastercard because most RuPay cards were simply distributed by banks as part of Modi’s financial inclusion drive.
According to the USTR communication, Visa expressed worry to the US government about India’s “drive to use transit cards linked to RuPay” and “the not so subtle pressure on banks to supply” RuPay cards. Mastercard and Visa see India as a vital growth market, but a 2018 central bank mandate requiring them to retain payments data “only in India” for “unrestricted supervisory access” has thrown them for a loop.

After the central bank said it was not complying with the 2018 guidelines, Mastercard faced an indefinite ban on issuing new cards in India. According to Reuters, a USTR official privately described the Mastercard restriction as “draconian.”