Many Bitcoin investors and speculators believe that the route to $100K is not only possible but also certain. This year, Bitcoin.com News has reported a number of individuals, experts, analysts, and consultants that have predicted that Bitcoin (BTC) will hit the six-digit price range by the end of the year. 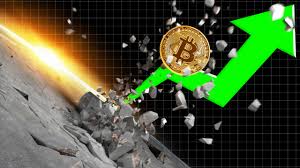 Many people feel the $100K target will be reached as long as Bitcoin market capitalization remains above $60,000. At the beginning of September, Standard Chartered anticipated that BTC’s value will hit $100,000 by the end of the year or early in 2022.

The website investing.com recently debated whether BTC could ever hit six figures per unit. Meanwhile, on October 21, Yahoo Finance columnist Javier David, an editor “focused on markets and the economy,” stated that “a Bitcoin advance to $100K doesn’t sound so farfetched.”

“Bitcoin holders are looking quite prescient these days,” David added, adding that “don’t count it out” that BTC will surpass $100,000. David’s Yahoo Finance editorial adds:”It’s hard to deny that the nascent ETF boom is a milestone in bitcoin’s grudging yet growing acceptance. Is $100,000 — or even higher — the next stop? Don’t rule it out.

“I can’t believe it, but Bitcoin is on sale today,” Dennis Porter tweeted on October 27. ATH is discounted by 12 percent. Maybe this is your final shot at this pricing before they go up to $100K.” Plan B, the author of the Stock-to-Flow (S2F) bitcoin pricing model, told his 1.2 million Twitter followers on Tuesday that the “second leg of the bitcoin bull market has begun”.

Jaime Rogozinski, the creator of Wallstreetbets (WSB), revealed in an interview with Blockworks that the controversial Jordan Belfort asked him in March where he thought BTC’s price will go by the end of 2021. In a subsequent interview, Rogozinski explained, “I told him $100,000 before the end of this year”.

Many crypto aficionados appear to know the six-digit price range for BTC off the top of their heads. Laura Shin, the popular host of the Unchained podcast, spoke with S2F author Plan B about six-digit costs on October 23. “Bitcoin price floor projections for November ($98K) and December ($135K),” the S2F author informed Shin.

What are your thoughts on Bitcoin (BTC) exceeding $100,000 by the end of the year? In the comments box below, let us know what you think about these forecasts.

Also read: Decentraland: Everything you need to know