Jack Dorsey and his preference for Bitcoin.

Jack Dorsey is the Founder and EX CEO of the major social media giant called Twitter. He is also the founder of Block Inc which is an American Financial services and digital payments company based in San Fransisco. Let us look at a combination of tweets between one of Dorsey’s followers and Mr. Dorsey.

I don’t watch the price. I know it will always gain in value over the long term as more people are able to use it.

From the tweet it is quite evident that Dorsey is a player in the crypto market and he also prefers bitcoins the most. Bitcoins being the most popular cryptocurrency in the world, has always been a source of profitable investment. But, since the last 7 days, amidst the crypto market crash the value of bitcoin has come down and is trading below $28,000. Many analysts also said that the value will of bitcoin is speculated to go to as low as $20,000 somewhere during the year. Since, Dorsey is a big player in the crypto market and prefers bitcoin, he said that he is actually not to concerned over the value of bitcoin. He believes that, bitcoin being in a market that is always volatile was bound to fall. But, sooner or later, the value of the crypto currency will increase due to its high liquidity rate with the investors. 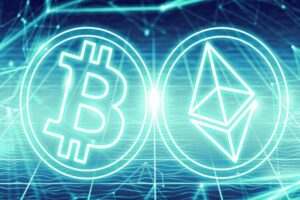 Jack Dorsey feels that Ethereum which happens to be the second most popular cryptocurrency after bitcoin across the globe, has many single points of failure and the projects built on it are not so interesting to him. Dorsey’s comments against Ethereum began immediately after Vitalik Buterin’s tweets against Elon musk for holding 9.2% share in twitter. Ironically, Vitalik Butterin is the founder of the crypto currency Ethereum. Jack Dorsey’s statements was supported by many and also disagreed by many. Basically, the whole of market got divided into two with one supporting Ethereum and the other not.

Jack Dorsey was the CEO of Twitter till 2006. Then he went to create a business organization called Block INC which primarily deals in accepting transactions made by debit and credit cards. Block INC also functions as an exchange for crypto currency and mainly deals in bitcoins. Block INC is also one of the major competitors of the crypto exchange Coinbase in the US.

It is evident that many investors believe that even though the crypto market crashed and the value of all the crypto currencies in the world went down, bitcoins will see a rise soon and will eventually help the crypto market revive back to normalcy. Ideally a single crypto currency shouldn’t influence a whole market, but many believe that bitcoin has the capacity to influence the market due to its high liquidity rate.