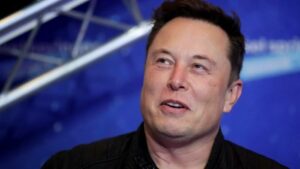 On Saturday, May 14, Tesla CEO Elon Musk again took to Twitter regarding another development. He mentioned how the legal team of Twitter Inc accused him of violating a non disclosure agreement between the parties. Specifically, he allegedly violated it by disclosing the sample size for the social media site’s checks on automated users which was 100.

In his tweet, Musk specified how the ‘Twitter legal just called’ him to complain about the alleged violation.’ They stated that he violated the non disclosure agreement through the revelation of ‘the bot check sample size’ being 100. The chief executive of the EV company, Tesla Inc let his followers know about the situation.

Moreover, on Friday, May 13, the billionaire stated that the $44 billion Twitter acquisition deal is now on temporary hold . This was owing to pending details from the social media company about the proportion of spam and bot accounts on the platform. Previously, the company had stated that spam and fake accounts comprised  less than 5% of its daily users from which they mainly monetise.

Twitter legal just called to complain that I violated their NDA by revealing the bot check sample size is 100!

When Musk announced on Twitter about the temporary hold on his $44 billion acquisition deal, he had also specified the reason. He mentioned how it was due to pending details on the proportion of spam and bot accounts on the social media platform.

After bagging the acquisition deal for Twitter, Musk set a number goals for the platform. One of his goals were to remove spam and fake accounts from its user base. His goals included the appropriate implementation of the right to freedom of speech.

As Musk specified the reason for the delay, a Twitter user asked Musk if he could elaborate on the ‘process.’ The user mentioned that by understanding it, they as ‘Twitter’ could help find out the real ‘percentage’ of these spam, scam or bot accounts on the platform.

Elon, can you elaborate a bit on the "process"? So that we as Twitter can help you in finding out the real percentage of scam/spam/bot accounts

Responding to the user, Musk went on to say that they would be testing ‘a random sample of 100 followers’ on the platform. This, he said, would help them identify these ‘bots’ on Twitter. This response from the Tesla CEO led to Twitter’s legal team accusing him of violating of the NDA.

When the user went on to request Musk to provide details on the process of filtering such spam accounts, Musk replied describing his plan.

“I picked 100 as the sample size number, because that is what Twitter uses to calculate <5%fake/spam/duplicate.”