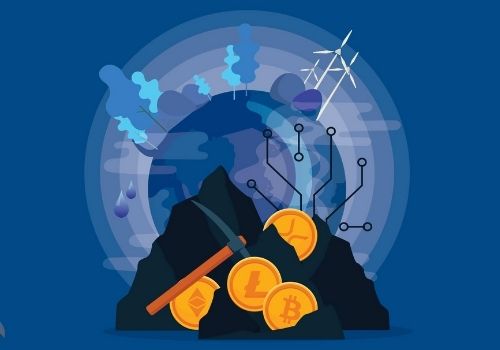 Bitcoin’s electricity usage for mining has always been a matter of concern. Therefore, to keep track of the progress of BTC mining, a council was formed back in April 2021. The goal of the Bitcoin mining council was to track the improvements in the usage of renewable energy for mining and reduce its carbon footprint. Now, the council has reported that Bitcoin’s electricity usage has dropped by 25% in Q1 2022 compared to last year.

The shift towards the usage of renewable energy continues for BTC mining. For miners, one of the primary expenses is electricity cost, and renewable energy is cheaper for them. So, shifting to the same is actually a net positive for them, the environment, and the industry. To better understand this progress, the Bitcoin mining council has conducted a survey that tracks 3 critical metrics. They are:

The survey had nearly 50% of the entire network as participants which can give us a dependable idea of these metrics. Data shows that the sustainable power mix of BTC is 58.4% which is a 59% YOY increase. This makes Bitcoin one of the most sustainable industries on a global level.

Coming to technological efficiency, it has increased by 63% on a year-to-year basis as Bitcoin’s hash rate has increased by 23% and energy usage dropped by 25%. This has been due to the rapid development in mining tech and the huge competition that has pushed companies to make better rigs. Moving out from China has also been a net positive as the industry was dependent on the cheap coal power in the country.

The authorities need to look at real facts

No one will tell you that Bitcoin uses so little energy that if it shuts down tomorrow, there will be no real impact on the carbon footprint. Even after that, the industry is transitioning to renewable energy at a fast pace. With time, the network will only get more efficient. So, authorities need to look at real data before asking the Bitcoin community to adopt the proof of stake mechanism.

As Bitcoin’s electricity usage drops by 25%, do you think Tesla should reconsider accepting it? And it is likely that the authorities will look at actual facts before proposing a PoW ban? Let us know in the comments below. Also, if you found our content informative, do like and share it with your friends.