Bitcoin, the most valuable digital currency in the world, is facing stiff competition from other cryptocurrency assets, as the recent boom in altcoins has caused a significant reduction in BTC’s overall crypto market dominance.

After Ethereum (ETH), Binance Coin (BNB), Cardano (ADA), XRP, and Dogecoin (DOGE) saw big rises in the last seven days, Bitcoin’s market dominance slipped below 45 percent for the first time in several weeks, according to the latest data from Coinmarketcap.

Bitcoin has increased by almost 12% in the last week. Cardano, on the other hand, saw a nearly 42 percent spike in price over the same time period. In the last seven days, both ETH and DOGE have risen by more than 30%. 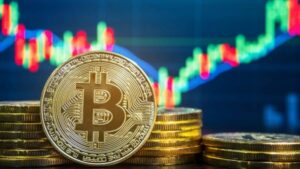 Bitcoin is currently trading near $45,000, with a market capitalization of almost $850 billion. The dominance of Bitcoin in the crypto industry is currently about 44.7 percent, down from 48 percent in the last week of July 2021.

Furthermore, when the price of the world’s largest cryptocurrency surged above $46,000 in the last few days, Bitcoin network activity grew dramatically. “Address activity remains a key measure to watch for clues as to whether Bitcoin will break through the $50k barrier or fall below $40k. The BTC network is now used by 720k to 930k addresses on a daily basis, and we’re expecting for a rise above 1 million as a bull run signal,” crypto analytics firm Santiment recently stated.

Since the beginning of August 2021, the BTC exchange supply ratio has declined dramatically. Bitcoin is being moved from digital exchanges to crypto wallets by some of the most prominent Bitcoin accounts. Bitcoin whales shifted over $1 billion in BTC from Coinbase to digital wallets in three distinct transactions during the last week of July.

“Bitcoin continued to flow out of exchanges at a rate of 75k to 100k per month in August. In a recent analysis, Glassnode stated, “This scale of outflow is similar to the time between 2020 and Q1 2021 when large accumulation and the GBTC arbitrage trade reigned.”

If you find this article informative then don’t forget to share it with your friends and family!