Against the IMF and World Bank’s wishes, El Salvador did the unthinkable on September 7, making Bitcoin legal tender — a move that has enraged a part of the country’s residents, especially owing to the idea that it is not for ordinary people.

Nonetheless, almost a week later, a Redditor claiming to be from El Salvador provides an update on the situation. And it hasn’t gone as well as President Bukele had hoped. 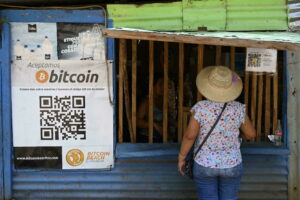 What has been El Salvador’s reaction to Bitcoin?

President Bukele’s proposal for a Bitcoin law has been met with popular outcry since he announced it in June of this year.

These protests have grown in size and intensity, with armed riot police being dispatched during the most recent one, which occurred on the day the law went into effect.

However, Reddit user u/Tux fan begins his post by claiming that the protests have dwindled down, with the issue now being debated on social media rather than on the streets.

“Since September 7, there hasn’t been a protest.” People who support the bill and those who oppose it have taken to social media to discuss it.”

According to a u/Tux fan, there has been no obvious change as a result of Bitcoin’s deployment. It’s just another payment option, and everything is the same as it was before the law went into effect.

However, the Bitcoin “experiment” has run into some difficulties with the national Chivo wallet. Primarily due to faults that make it unusable.

According to Google Trends, when the real data is compiled, the search phrase “Chivo” in El Salvador is expected to reach a rating of 100.

Bitcoin law has been in effect for four months. Yet, the search frequency rating during the prior data point was only two.

President Bukele tweeted on the day of the launch that the app needed to be turned off. They have to wait for the administrators’ improved server capacity to handle the load.

However, according to a u/Tux fan, the wallet is problematic and unusable due to the Chivo software itself. The server capacity has nothing to do with it. However, if the capacity issue hasn’t been rectified, there’s a good chance there’s a link between the two.

“It appears that the app was not ready for distribution. When you launch or use the app, you’re logged out; sometimes it works, sometimes it doesn’t.”

u/Tux fan also mentions a glitch that results in less money being received when moving from Chivo to Exodus. In his case, he deposited $20 from Chivo and received $2 in Exodus. But his Exodus balance is still low three days later.