On Monday night, an anonymous Bitcoin wallet was charged a tiny transaction fee while moving nearly $2 billion in BTC. Despite the fact that 44,598 BTC were moved, a fee of 0.00001713 BTC was charged – less than a dollar. 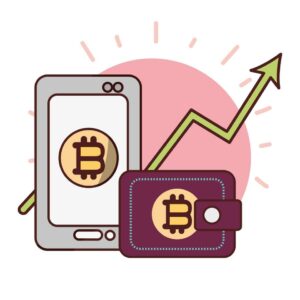 When Bitcoin achieved an all-time high of over $64,000 in April, the average transaction FEE jumped to over $60. In July, the average cost dropped to $11 and is presently around $3 at the time of writing.

This is in contrast to Ethereum (ETH) transaction costs, which peaked at $71.72 in May before decreasing to an average of $5.12 today.

In March 2021, bitcoin transaction fees were largely discussed. As large sums have been known to be charged. Last December, a single holder paid $82,000 in fees to move only $1.18 worth of Bitcoin.

Because of miner disruptions in China, block production has slowed at times when demand for block space has never been higher, Bitcoin’s average transaction fees have eclipsed all-time highs.

Blocks are coming in at a slow and scattered pace, with many blocks taking an hour or more to mine. With as much as a quarter or more of bitcoin’s hash rate down and Bitcoin’s mining difficulty at an all-time high, blocks are pouring in at a slow and dispersed pace. (One block took two hours, which is extremely unusual.)

Bitcoin’s difficulty was adjusted by 25% for each retargeting period. But estimates predict Bitcoin instead needed a 30% adjustment to compensate for the loss in hash rate. (implying more than one downward adjustment in the future, provided the new hash rate doesn’t come online). But, he continued, “most Xinjiang miners are waiting it out,” migrating their machinery to Sichuan in preparation for China’s rainy season.

The average transaction fees for Bitcoin have never been higher.

These hefty transaction fees coincide with a spate of coal mine accidents in China. These have forced mining farms in coal-rich areas of the country to shut down. According to mining pool data, Bitcoin’s hash rate has dropped by 25% to 125 exahashes per second.