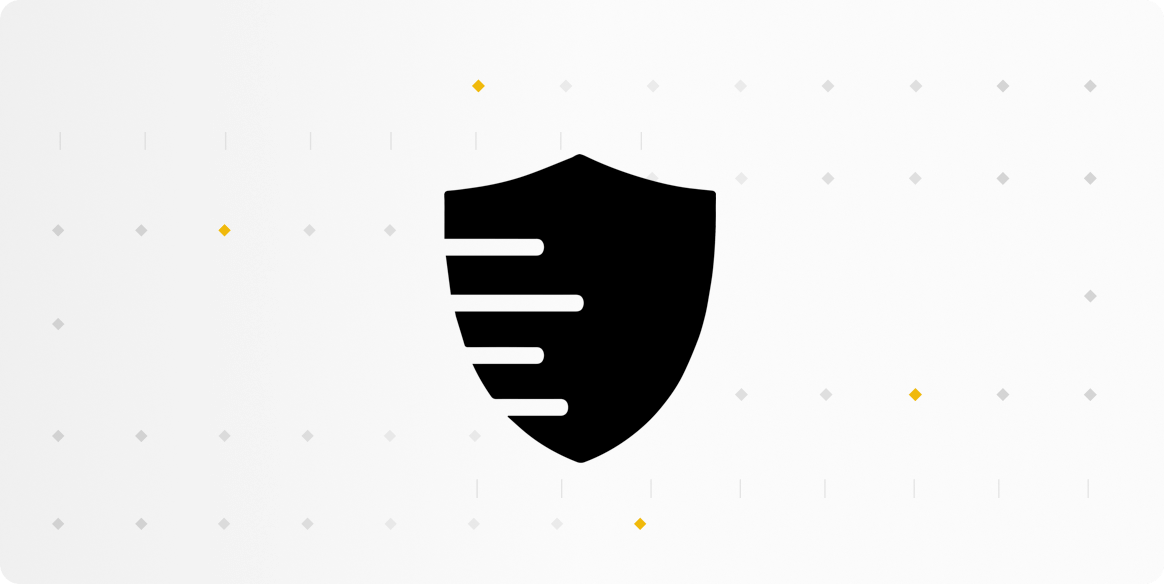 Cryptocurrency is nothing but something that can very well be used in place of physical money but over the internet of course. This virtual asset of yours can be used for trade, exchange, buying as well as selling of goods and services. Crypto, as it is often referred to as, is an industry that has witnessed a surge in growth and popularity since its launch a couple of years ago. I am sure that, almost all of you here have heard about crypto and are familiar with its working and layout but for some of those who still don’t know, let me tell you.

Cryptocurrency uses something known as blockchain technology in order to function. for those of you wondering what a blockchain is? Blockchain is a technology that tracks and verifies transactions based on several computer networks. Other than this, cryptocurrency is known to be highly secure and can be stored in digital wallets, all thanks to cryptography.

If you may remember when the industry was first launched, there were not many currencies and people were not very intrigued to invest, especially not knowing the guarantee of returns and safety of their investment in the marketplace. On the contrary, as of today, crypto is an industry that has lured in potential investors from all around the world and there are numerous currencies in the marketplace to choose from as well.

Many experts in the field have said that cryptocurrency is working towards completely revolutionizing the marketplace and is said to be the future of payment systems. To back that statement, it is worth mentioning that a McDonalds in Ell Salvatore has started accepting Bitcoin as one of the payment options, which shows how serious this assumption is and I surely believe that in just a couple of years, the majority of persons, vendor, and merchant on the planet will be using crypto as an official mode of payment.

In simpler words, crypto is basically a way of earning quick money. It is a platform where people can invest a part of their savings and make it a source of passive income. I am sure, by now some of you might be wondering what all currencies are available today to invest your money in? Some of the most popular and successful cryptocurrencies that are worth investing in include Bitcoin, Binance Coin, Dogecoin, Baby Doge, Ethereum, Cardano, and many more.

Reading so far, I believe all of you have gotten a basic understanding of what crypto is all about and so you will be able to have a much better understanding now of what we are going to talk about next, COVER Protocol. To know more, I suggest you read further!

Everything to know about COVER Protocol COVER Protocol is nothing but a form of cryptocurrency which is known to operate on the Ethereum platform, founded by Alan, who is the co-founder of SAFE. It is worth mentioning that, as the first launch of SAFE was immature and wasn’t as successful as it was expected to be, the team decided to rebuild the entire protocol from the very beginning and rebranded the platform as COVER.

In addition to this, the protocol allows users of decentralized finance to be protected against the risk of smart contracts and it also helps in stabilizing the disturbance in the DeFi space by instilling trust and confidence between users and their protocols. Also, every cover contract specifically states for the protocol to be covered or curve, the collateral that is preferred by the user, the specific amount to be deposited as well as the expiration date for the entire coverage.

Not just that, by bridging a gap in between traditional fiancé and decentralized finance, the doors to DeFi will now be opened to all potential investors on a global level, all thanks to the COVER Protocol. Also, COVER is the native governance token of the COVER Protocol. The protocol features shield mining and as a matter of fact, SAFE2 tokens can be converted into COVER tokens!

Other than this, some features that make it special and different from other platforms include efficiency in the marketplace, scalability, decentralized layout, fungible coverage, and being limitless. Market efficiency means that whenever there is a demand for coverage in the market, COVER Protocol incentivized a few market makers to fulfill the need of the demand. At the very same time, the COVER Protocol allows the market to set a premium on the coverage as well. 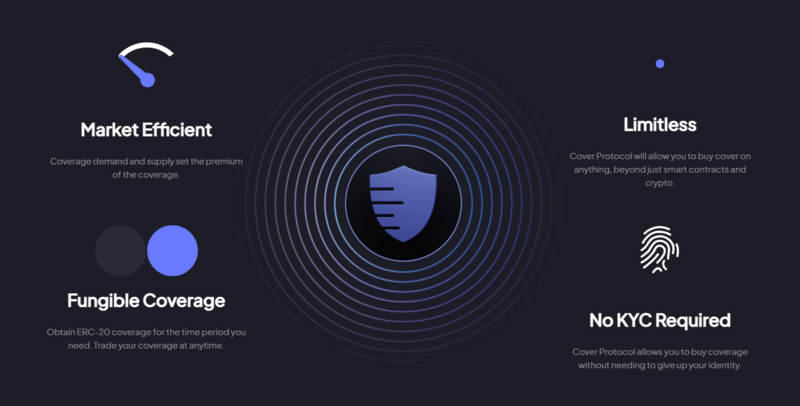 Apart from this, scalability is another feature that makes it stand out from other platforms as COVER Protocol is able to differentiate itself from all the other coverage protocols because of the fact that, unlike others that use pooled taking, COVER makes use of coverage ceilings. On the other hand, Fungible coverage is because it allows you to obtain ERC-20 coverage for the time period you need it for and you can trade your coverage on Uniswap and Balancer at any given time.

The platform is said to be decentralized because the protocol’s smart contracts will be deployed, verified as well as audited on the Ethereum blockchain and as a result, the coverage will completely be open and resistant to any kind of censorship. Furthermore, The fungible cover tokens that we talked about previously, are said to be maintained with their collateral on a 1:1 basis.

Other than this, for each preferred collateral or DAI deposited, the user gains two tokens, one of which is a CLAIM token and the other is a NOCLAIM token. Wondering what they are? Allow me a chance to explain. The NOCLAIM token constitutes the right to acquire the deposited collateral at the time that a claim payout is not given during the said coverage period.

However, on the other hand, the CLAIM token constitutes the right to acquire the collateral that has been deposited at the time when the claim payout is given by the process of claim management. Also, a 0.1 percent fee is deducted while redeeming CLAIM as well as NOCLAIM tokens. The holders of the token also have a right to put their views forward and vote on how to use the platform’s treasury. 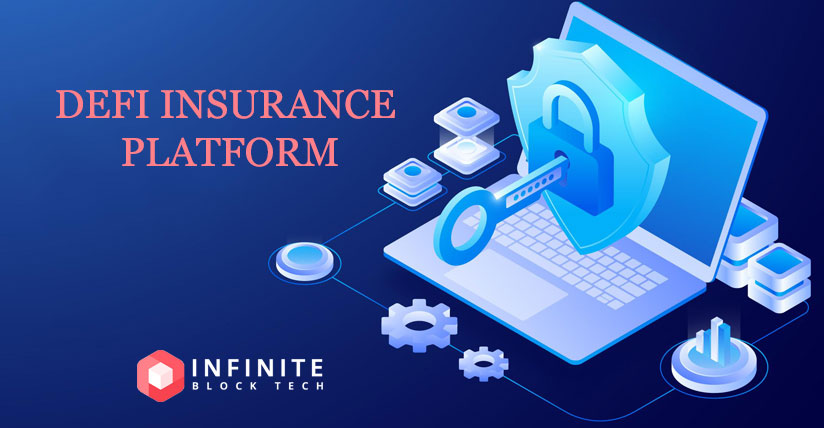 Having said that, Some of the benefits of COVER include the fact that the platform provides users with a broad range of coverage and that it accepts more types of collateral than all of its competitors in the marketplace, and that the COVER products like regular coverage will be getting an expanded addressable marketplace.

As per reports, COVER will no longer be getting the development and support after the unfortunate incidence of engineers in the core team, leaving the platform all of a sudden. Talking about the statistics of the COVER Protocol, the core contributor of the insurance coin, “DeFi Ted” made an announcement about the project being shut down a few days ago and within just a few hours of the announcement, the value of COVER fell over sixteen percent, from 269 dollars to nearly 220 dollars.

Just for reference, at the time of the announcement, the market cap of COVER was about 21 million dollars. The twenty-four-hours trading volume drastically increased from less than 4 million dollars to about twenty million dollars as holders of the currency scrambled to exit.

The COVER Protocol enabled users to stake COVER coins in order to put it up as a form of collateral, gain smart contract tokens that would help in executing any kind of claims to insure the holder of the currency in any loss against exploits, as well as hacks. 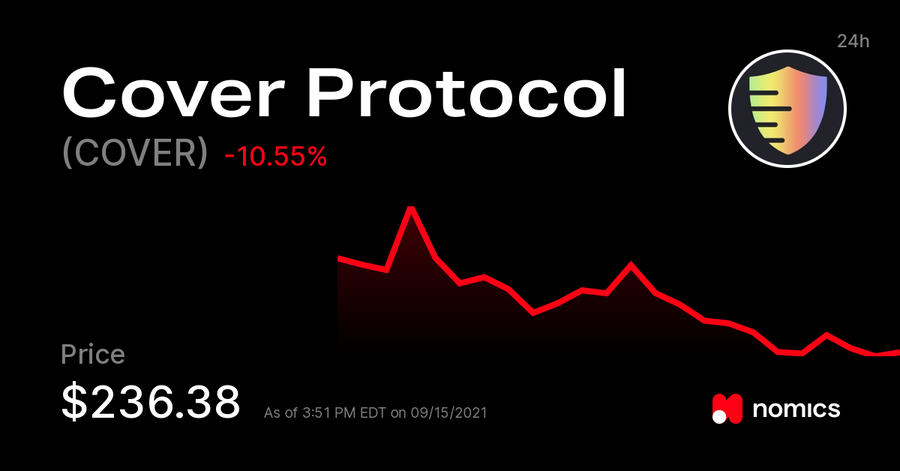 As of today, the price of COVER Protocol is about 261.53 dollars with a twenty-four-hour trading volume of 193,403,442 US dollars. In just the past twenty-four hours, the price of the token has gone up by nearly 71.43 percent. With a market cap of 20,707,722 US dollars, the currency is currently placed at #753 position as per the CoinMarketCap rankings.

Currently, the circulating supply of COVER is 79,179 COVER coins, with a maximum lifetime supply of 70,200 COVER coins. Apart from this, in just a week’s time, the price of the COVER Protocol has gone uphill by nearly 61.29 percent.

The COVER token’s value in the marketplace has been on a wild ride over the past few days and reading so far, you should be able to decide on your own whether investing in COVER is the right thing for you to do. If you ask me, I believe that COVER is likely to prove being a bad investment for the long-term, at least as of now.

There are much better and popular currencies today, available in the market to invest which are likely to reward you with much better returns over a period of time. However, as per some reports based on analysis, it is said that COVER may hit its all-time high once again in the coming future as of its merger with Yearn Finance ecosystem, which is a highly growing ecosystem for decentralized finance.

In addition to all of this, it is important for you to understand the fact that just like other virtual currencies in the market, COVER too has its own risks and you should only invest if you are willing to take those risks and bear any losses if at all it comes to that.

For those of you wondering, what all exchanges can be used to buy COVER? Let me tell you. Some of the popular crypto exchanges today which have COVER listed include Binance, OKEx, Gate.io, BKEX as well as Mandala Exchange.

In conclusion, What are your thoughts on COVER Protocol? Do let us know in the comments below. To know more about various cryptocurrencies, do check out other articles we have on our website. Thank you for your time & if you found our content informative, do share it with your investor friends!

Also read: Litecoin: Everything you need to know