Bitmain releases Bitcoin miner that is twice as powerful as the current top mining. The new device can produce up to 198 terahash per second and is called the Antminer S19 Pro+ Hyd. The Hyd here stands for Hydra as the miner is liquid-cooled, which leads to better efficiency. This new rig can lead to a further increase in the overall Bitcoin hash rate and also increase profits for companies.

The Antminer S19 Pro+ Hyd is now officially launched and has a hash rate of 198 TH/s. Its power consumption is 5445W with a power efficiency of 27.5 J/TH. Since the device is using liquid cooling, the efficiency is top-notch, and we can expect no heating problems. The price of the device hasn’t yet been revealed, and the shipping dates are well into the mid of 2022. The company’s website says that the miner will start shipping from May to September. 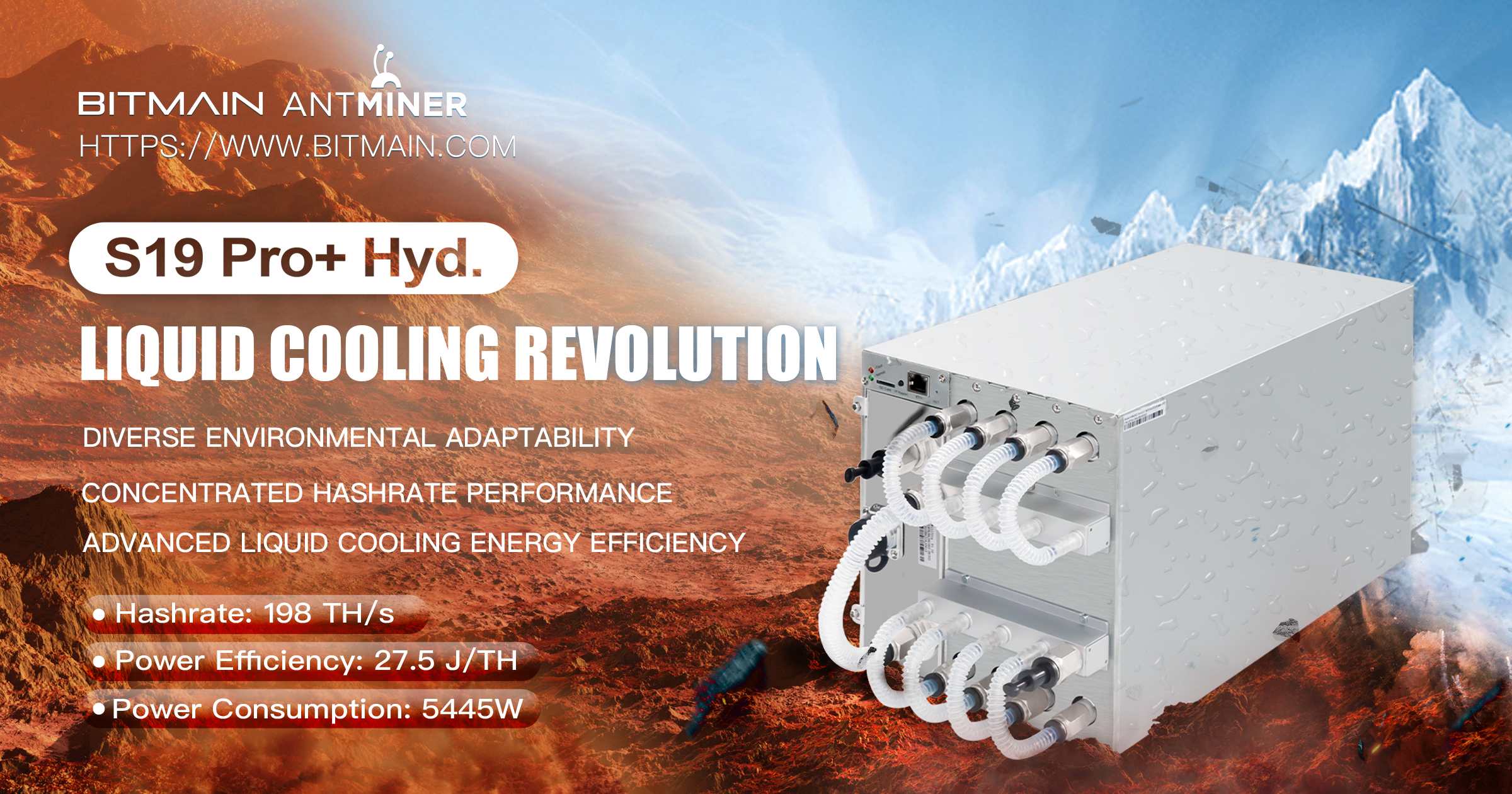 This new Bitcoin miner from the company is also a heavy-weight champion at 17.5 kgs. The company Bitmain, therefore, recommends miners to use their special Antspace HK3 storage unit for the same to bring optimum performance. The storage unit can hold 210 of these new machines.

Today’s top mining devices are much behind the Antminr s19 pro+ Hyd. The second spot is also held by Bitmain’s own miner, though. The machine has a hash rate of 140 TH/s which is almost 40% less than the hydro variant, and will ship in July 2022. Then we have the popular Microbt Whatsminer M30S++ and Bitman Antminer S19 Pro with a hash rate of 112TH/s and 110 TH/s, respectively. Considering these two devices are the two most powerful miners, think how good the Hyd variant will be.

The goal with mining today has become not only to be powerful but also as efficient as possible. This is why companies are working on special devices that use algorithms to push out the best hash rates for Bitcoin with maximum efficiency.

I am thoroughly impressed as Bitmain releases a new Bitcoin miner that is almost twice as powerful as today’s top devices. What are your thoughts on the same? And since we do not know about its price, tell us about your guess in the comments below. Also, if you found our content informative, do like and share it with your friends.