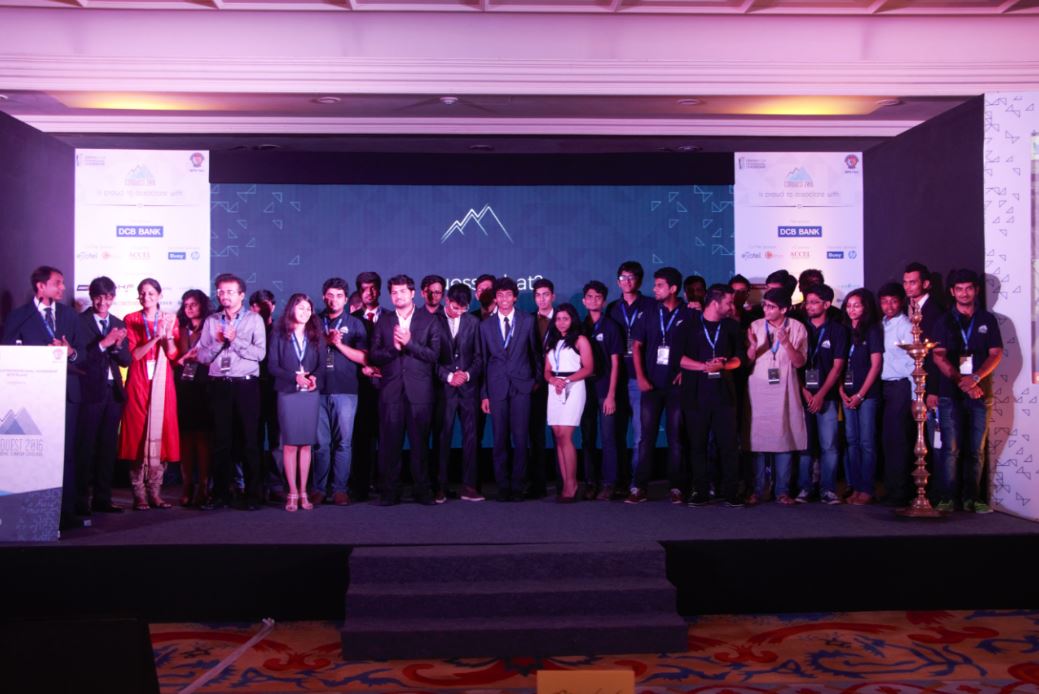 The Grand Finale of Conquest 2016, BITS Pilani’s international startup challenge, concluded on high note this Sunday at at ITC Maurya, New Delhi in association with the title sponsor DCB Bank. Simultaneously, one name was mentioned throughout the startup ecosystem with excitement and awe. An idea that bounced around within a 4*4 room for months together, will now bask in the limelight as proud winners of Conquest 2016, savouring all the success and spotlight.

The winner position was grabbed by Project Mudra, a technology ­based intervention to provide Braille literacy and K­12 lessons for the blind while the runners up were Comfort Products, specializing in manufacturing of home appliances which includes SwiftChill, a portable beverage chiller that chills any drink in less than 5 minutes. The winner and the runner­-up have been awarded INR 200k and INR 100k of equity­less cash funding.

Related Read: Meet The 10 Startups Who Will Battle At The Grand Finale Of Conquest 2016

Leading the brains behind Conquest, the Chief Executive Officer of Conquest 2016, Dhairik Fuletra says, “We feel delighted to see the culmination of yearlong hard work end on such a high note in the presence of investors, entrepreneurs and students joining in from across the nation. With the evolving Indian startup ecosystem, we have reinvented Conquest such that it delivers a perfect launchpad to emerging startups with funding, mentoring and broad networking opportunities with the key players all under one roof.”

Attracting close to 1200 applications this year, followed by a month ­long rigorous analysis of these startups on the grounds of their revenue model, market traction, customer acquisition and various other parameters, the top 50 startups were shortlisted. These top 50 then attended on of the three networking sessions held in New Delhi, Mumbai and Bengaluru. Mentors shared their expert opinion with start­ups on critical aspects like Fundraising, Product Management, Customer Acquisition, Tech and Operations. The top 10 startups were then selected by the jury to be a part of the Grand Finale. 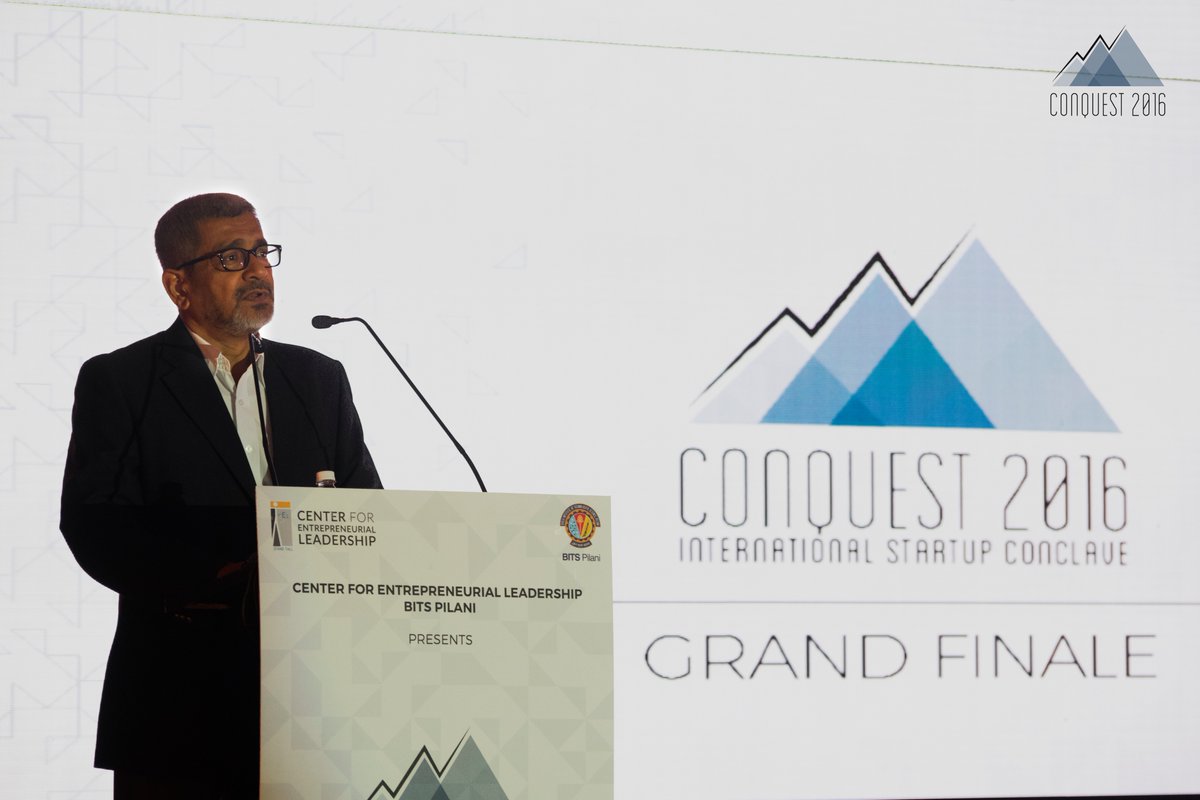 Shri R Chandrasekhar, the Chief Guest of the event, is the current president of NASSCOM and former Secretary to the Indian Department of Information Technology. He motivated the startups in his speech by quoting his journey from an IAS Officer to the President of NASSCOM. Talking on Conquest, Prof. Ashoke Sarkar, the Director of BITS Pilani, says, “As part of the BITS’s Vision 2020, it is our imperative to promote entrepreneurship among students who are the future of the country. Conquest, which was started by a group of enterprising students, has become a launch pad for young entrepreneurs. It is really hard to believe the amount of energy and effort coming from the students to pull such a great event”.

The itinerary consisted of two panel discussions, a pitching round for the Top 10 startups in front of investors from over 25 investment firms and leading industrialists, a networking lunch along with interaction of the jury with the audience in the Fish Bowl round.

The first panel discussed the essence of hiring talent as well as retaining it in the fast paced world of startups. Some of the panellists who shared their thoughts on the topic were Sanjay Nath,  Co­founder and Managing Partner of Blume Ventures, Abhiraj Bhal, CEO at UrbanClap and Bhawna Agarwal, CEO at NDTV Gadgets, Samar Singla, CEO at Jugnoo and Prukalpa Sankar, Co­Founder at Social Cops. 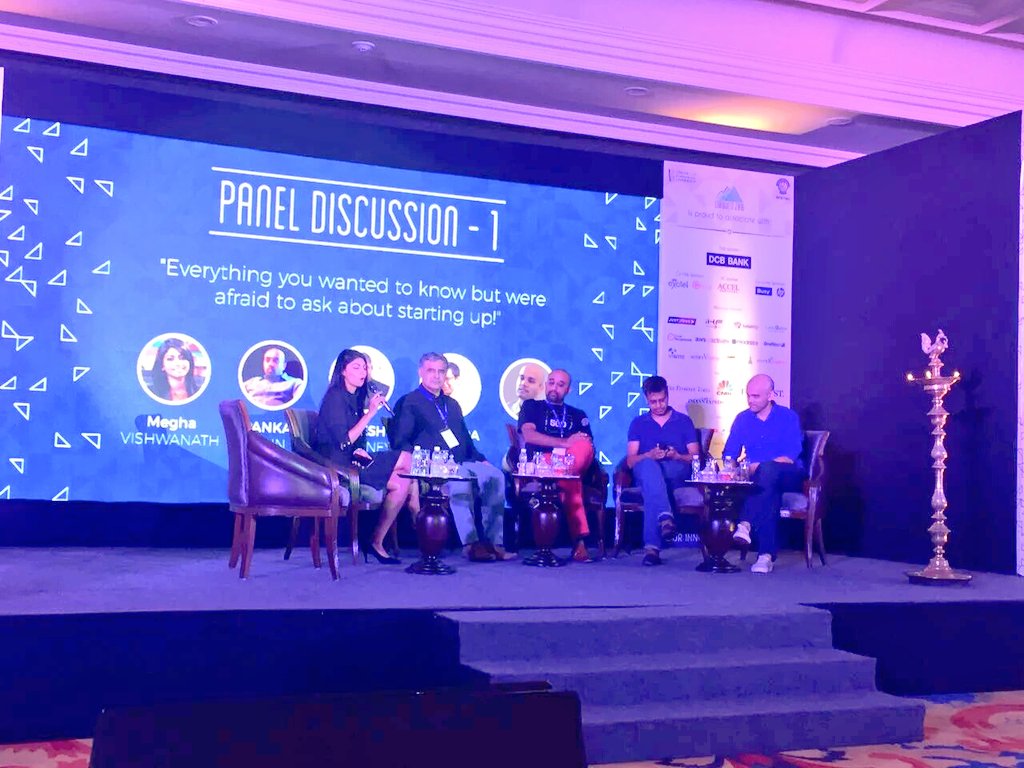 The second panel consisting of Rajesh Sawhney, CEO and Co­Founder of GSF Accelerator and Inner-Chef, Jitendra Gupta, CEO at Citrus Pay, Pankaj Jain, Partner at 500 Startups amongst other leading entrepreneurs discussed the pressing issues faced by a young entrepreneur today and how to resolve them. 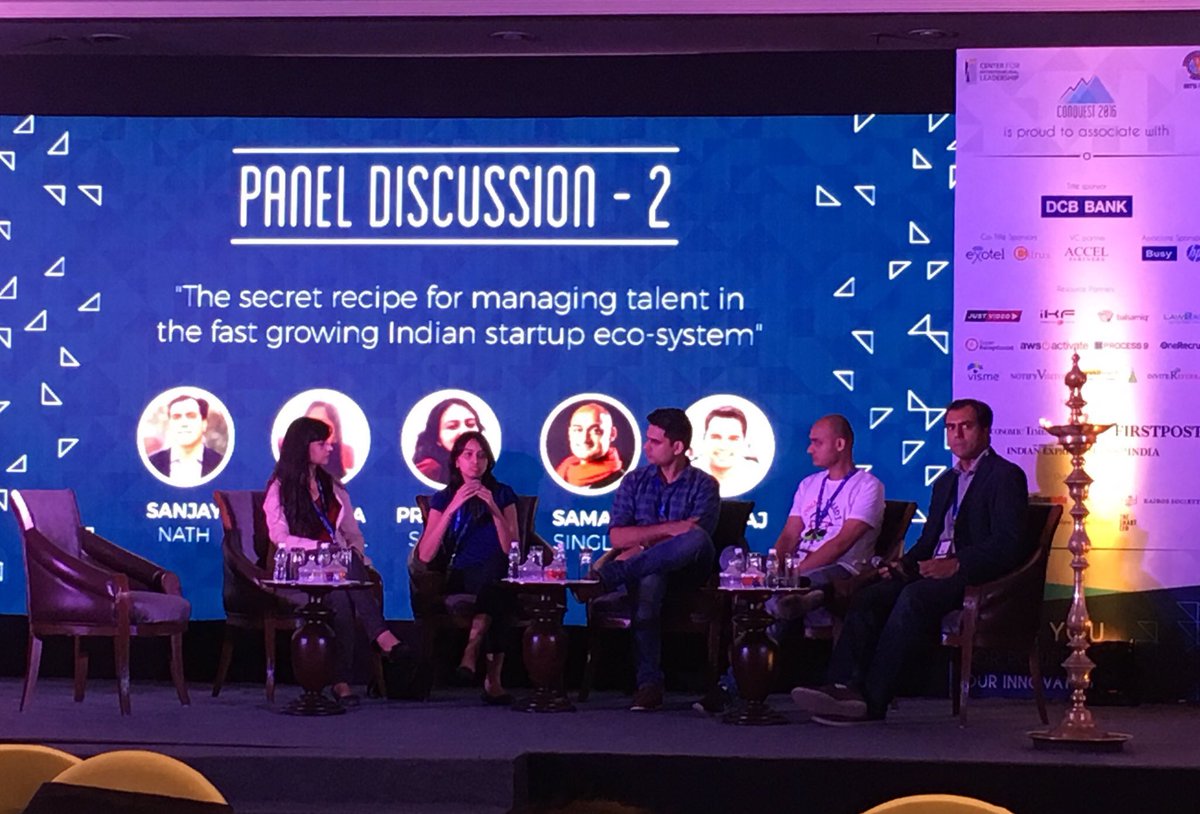 Pankaj Jain on sharing his experience with Conquest, said “This is my second year at Conquest and the event has grown phenomenally with more people, better delivered pitches and entrepreneurs in different stages. Conquest has really evolved with wonderful ideas addressing real issues and problems and trying to get ahead of the curve instead of trailing the existing paths”

The Fish Bowl round was the most looked forward session where the students and entrepreneurs in the audience were given a chance to directly interact with the Jury members for the first time . ever by asking them questions in an open ­to ­all discussion. The jury members included Dev Khare, MD at LightSpeed India Partners Advisors, Rajan Anandan, MD at Google India, Bharat Shanker, VC at Accel and Murali Natrajan, MD & CEO at DCB Bank were amongst other distinguished industry leads.

Some of the best entrepreneurs from across the nation were amongst the audience. Besides these distinguished personalities, enthusiastic students from the best institutes of the country also made it to the event. Altogether, the Grand Finale was everything a startup could ask for. From funding opportunities to networking with industry stalwarts and potential users, the Finale was in every way a perfect launchpad for the Top 10, just as promised.