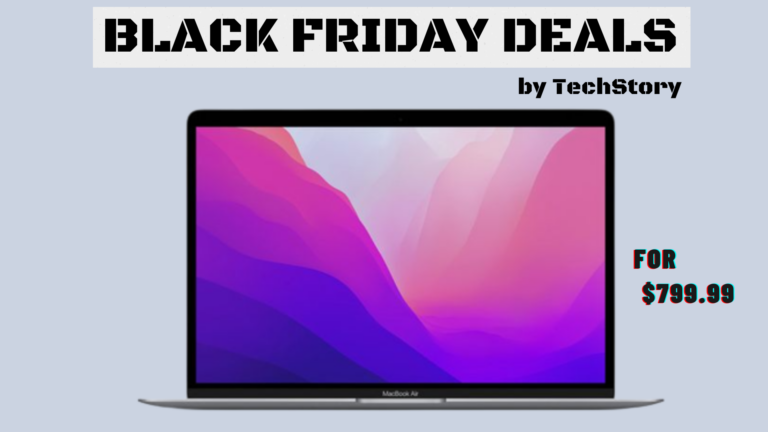 The Black Friday Sale has begun, and we already have numerous devices on sale for this holiday season. With all of these technologies, we now have the new MacBook M1 from Apple. If you are one of the users looking for a new professional laptop for this season, we recommend that you take a look at this laptop.

If you’re wondering where you can receive this deal, look no further! Then, we’d like to mention that Amazon, the e-commerce behemoth, has unveiled its new Black Friday Sale for this year.

With many products promised to receive massive discounts, Amazon has also added the Apple MacBook M1 Air to the product list, claiming that this laptop will be available for the first time at the lowest-ever price of $799.99.

For those who are unaware! This laptop was released by Apple in 2020, the same year that Apple began its shift to its own M1 processor for its devices. In addition, three additional hues will be available for this sale. This sale will have three color options: gold, silver, and space grey.

This laptop has already captured the attention of many people and has generated a large number of sales for this holiday season. At this moment, we have the Gold and Space Gray color versions in stock and ready to ship, but it appears that the Silver variety has received a lot of attention for this sale, so it’s in extremely high demand right now.

Currently, it has been said that the Silver model will have minor supply delays and will be available for purchase by the end of November. According to recent rumors, the entire shipment is likely to arrive between November 23rd and November 28th.

This was about the Apple MacBook M1 Air Black Friday bargain. The newly created M1 chipset from Apple, which is the new 8-core CPU paired with a 7-core strong GPU and 16-core Neural Engine, was one of the primary specifications updates this laptop received.

This laptop will be equipped with up to 8GB of unified RAM and a basic storage capacity of 256GB to give you with a better flow. To refresh your memory, this base storage is available for $799.99.

On the front, there is a larger display that is 13.3 inches in size. This display is also Retina with True Tone. On the port front, this laptop has a dual Thunderbolt port as well as four USB-A connections.