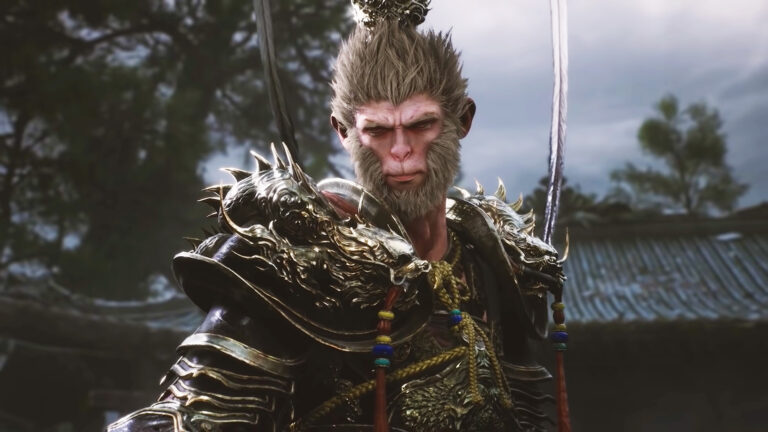 A 13 minutes long trailer has been revealed for Black Myth Wukong, Game Science returned with a trailer that is quite impressive. The studio has unveiled the new Unreal Engine 5 and Nvidia DLSS powered look with a demonstration that is 12 minutes long. The trailer gives a look at some of the new visuals and also presents the first look at Unreal Engine 5, and enhancements by Nvidia Deep Learning Super Sampling technology.

It shows not only cinematic editing scenes but also some current gameplay. What we see in the trailer is not only impressive but also very well made for a game in this engine. In this new 12-minute trailer you can take a first look at Unreal Engine 5 and learn how the game has been improved with Nvidia DLSS.

Epic Games and Nvidia both provided support for the transition to Unreal Engine 5 and it will support 4K resolution, 60 frames per second Rendering, and Nvidia DLSS on launch. Wukong has a new trailer showing the game in Unreal Engine 5, the first game to show a trailer for the engine.

The optics look stunning and things like the animation of the ridiculous snow deformation really stand out. The long trailer shows and ends with a montage of many more breathtaking locations and monsters. When it comes to fighting, there’s very little we don’t see, but there’s a wide range of cool-looking enemies that we sense in the end.

Developed by Game Science, it is an action-adventure game based on the legendary Chinese novel Journey to the West. The title Unreal Engine 5 is based on a Chinese novel of the 16th century, Journey To The West, which inspired the 1979 Monkey TV series and many other series, books, and films. Game Science affirms that the story of the title takes us back to the 16th century and focuses on traditional Chinese folklore.

While Game Science has not yet confirmed which platforms the title will be available on, it is a fact that it will enjoy a new generation on consoles and PCs. Working doesn’t have a release date yet, but Game Science will try to release it in 2023. The game will appear on PC, console, and cloud platforms, but there are also some that could be considered. Black Myth Wukong looks visually stunning with the new Unreal Engine 5. The publisher has given fans an estimate of when the game will hit the market. Dozens of minutes of footage have been released since the gameplay trailer, and the action role-playing game continues to look promising.

The debut trailer and gameplay video garnered tens of millions of views with outstanding graphics and exciting action. The new 12-minute trailer further shows how the graphics have been improved with the boost in Nvidia DLSS support. A new trailer shows Black Myth: Wukong with graphics and gameplay that highlights the martial fantasy myth of mischievous Wukong based in China. Sun Wukong is confronted with regular enemies in a typical soullike manner before moving on to boss combat. Fans can enjoy the trailer in 4K at 60 fps and feel the state-of-the-art graphics with crisp detail.

At the beginning of the game, the visual style of the environments and character designs looks impressive. Things like lighting and reflections lead to a beautiful representation of an unfinished product. Everything looks fantastic, from the snow clouds to the glittering frozen lakes.

Everyone knows that snow looks good in video games because of the interaction between characters, environments, art, and movement. Everything looks fantastic, from the blizzards of snow to the glittering frozen lakes. The boss fight takes place on a frozen lake and in its own unique way is spectacular. The video below gives us a good insight into the plot of the role-playing game and shows all the imaginative snow and ice deformations.

The game UE4 version looks great, and the latest UE5 version looks even better. Unreal Engine will be released to the public and game developers in 2021 and Game Science made the decision to move work to the new engine.