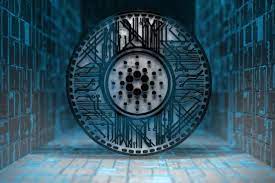 What an ecosystem with governance looks like through a self-sustaining cryptocurrency?

For almost a year now, ADA HOLDERS have been investing and delegating their ADA to stake pool operators or validators and getting rewards each epoch (= 5 days) and on common yearly delegation rewards of about 5%.

In other words, when you start with 100k ada, you’ll find yourself with around 105k after one year. Note that rewards from one epoch are added to the next, and the next rewards are calculated in line with that.

The Cardano network, which was co-founded by Charles Hoskinson, a mathematician and former CEO of Ethereum, is being hailed as a major competitor to Ethereum, which now leads the DeFi services industry. According to CoinMarketCap, the ADA currency has risen from $1.70 (Rs 126) on August 10 to $2.58 on August 20. The Cardano (ADA) price in India was around Rs. 190 at the time of writing this research.

The cool thing about ADA stakes is that they are seldom locked, and you can also transfer them whenever you wish to do so unlike ETH2 and others. Around 70% of the whole circulating provide is staked, see ADA pools official website and think about what it means for the value when the sensible contracts drop on 9/12!

However, Cardano’s major flaw is the lack of smart-contract functions, whereas Ethereum’s biggest virtue is their availability.

Cardano has a treasury built into the protocol, and it is now the world’s most important decentralized innovation fund. It’s called Catalyst, and it lets you use your ADA to vote on proposals and support growth for various dapp ecosystems.

Cardano’s (ADA) price has increased by more than 50% in the previous ten days, putting it in third place among the world’s top cryptocurrencies, with a market valuation of $80 billion (Rs. 5,94,400 crores), ahead of the popular Binance Coin.

It hit a lifetime high of $2.58 (Rs. 191.70) during the frenzied ride, but the gains had tapered off by Saturday morning. The increase is attributable to the upcoming “Alonzo” upgrade, which will allow smart-contract capabilities and a variety of decentralized finance (DeFi) applications to run on the Cardano network. The anticipated technology upgrade is expected to arrive as early as next month.

This will eventually lead to full-fledged chain governance (Voltaire), allowing ADA holders to control the entire chain. Whether it’s tweaking various factors, increasing funds, and so forth. It is unique, and it is unfortunate that it is so misunderstood as it has produced a lot of hidden value for the entire crypto ecosystem.