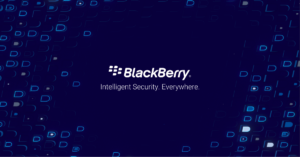 “In IoT our QNX business achieved a quarterly record for design-related revenues, performing stronger than expected despite ongoing industry supply chain headwinds.  On the Cybersecurity front we saw further traction for our recent unified endpoint security product launches with additional head-to-head wins against other next-gen players. I am excited about how the current organization is executing to take advantage of the market opportunities.”

BlackBerry partnered with Deloitte to help original equipment manufacturers and those building mission-critical applications secure their software supply chains. Per the deal, Deloitte will use BlackBerry’s software composition analysis tool, BlackBerry Jarvis, to provide Open-source Software, Common Vulnerabilities and Exposures, and Software Bill of Materials analysis for its clients across the medical, automotive and aerospace industries.

During the quarter, BlackBerry enhanced the integration of BlackBerry Unified Endpoint Manager (UEM). Microsoft 365 so that enterprises can benefit from BlackBerry’s leadership in security while using Microsoft’s products. BlackBerry UEM enables organizations and end users to be productive from anywhere securely.

BlackBerry QNX is the market leader for safety-certified embedded software in automotive. The technology is in production programs with 45 original equipment manufacturers, and the software is embedded in more than 195 million vehicles globally. Such developments are likely to have had a positive impact on BlackBerry’s top line in the quarter.

BlackBerry was selected by Mahindra & Mahindra (“M&M”), a leading automotive company in India, to power a Cockpit Domain Controller. The platform will power M&M’s new XUV700 SUV, which will provide a more intuitive and intelligent in-car driving experience to consumers of India. This has been a significant automotive market expansion in India for BlackBerry.