Can Blockchain Technology Prevent Billion Dollar Scams in the Trade and Finance Industry? 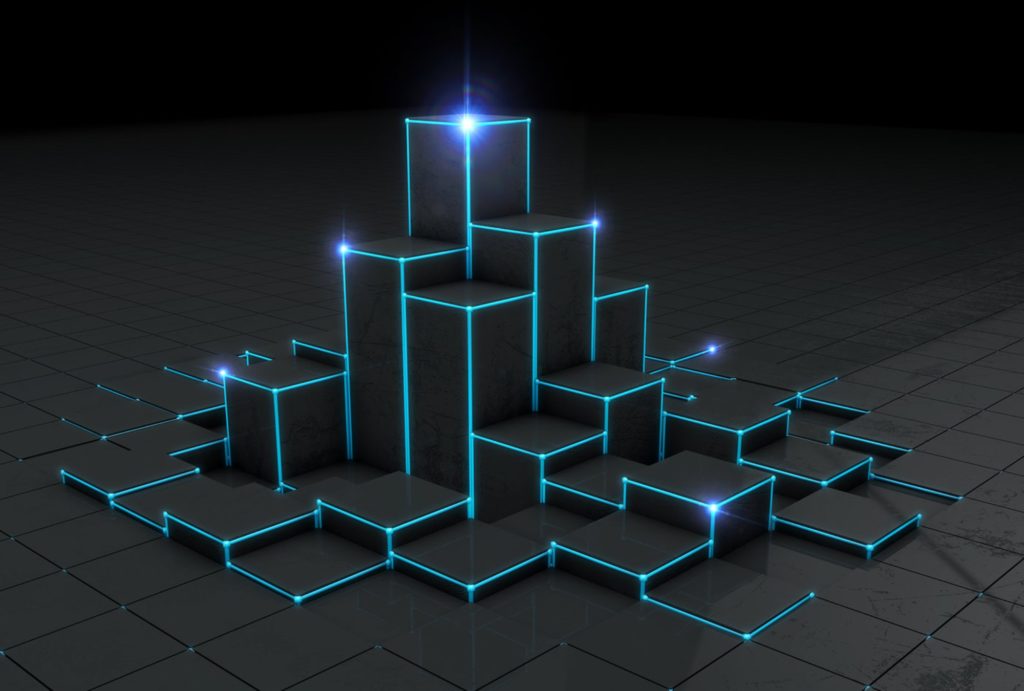 “If you owe your bank a hundred pounds, you have a problem. But if you owe a million, it has”. These are the words of John Maynard Keynes the famous economist. I quote this while I read about the recent ~$1.8 Billion scam in one of India’s major public sector banks which is hogging the limelight.

This should definitely be a matter of grave concern for the stakeholders starting from the government, financial institutions, industry, and for every citizen of India.

Question marks will be raised on the safety of public money lying in banks and our traditional banking systems which can be easily hoodwinked by connivance of some individuals & bank employees. The ease at which the scam was perpetrated and the mind boggling figures involved are not easy for anyone to digest!

Sandesh Hegde, Partnerships and Alliances Head at XinFin said, “Financial services are the lifeline of any growing economy and such incidents could tarnish the image of the banking system with much wider implications.”

International trade is full of risks – importers may default on payments after receiving goods and similarly exporters might not deliver if they receive money in advance. To mitigate these risks of international trade, banks offer dedicated trade finance products including buyer credit facilities called as letters of undertaking (LoU).

To understand we will need to get familiar with some of the common terms in International Trade / Finance:

LoU: A bank guarantee issued for overseas import payments where the issuing bank, unconditionally agrees to repay the principal and interest on the importers loan.

SWIFT: Society for Worldwide Interbank Financial Telecommunication provides a network that enables financial institutions worldwide to send & receive information about financial transactions through messaging in a secure, standardized & reliable environment. The majority of international interbank messages use the SWIFT network.

CBS: Core Banking System a banking service provided by group of networked bank branches where customers may access their bank account and perform basic transactions from any of the member branch offices.

How does a LoU usually work and what went wrong? 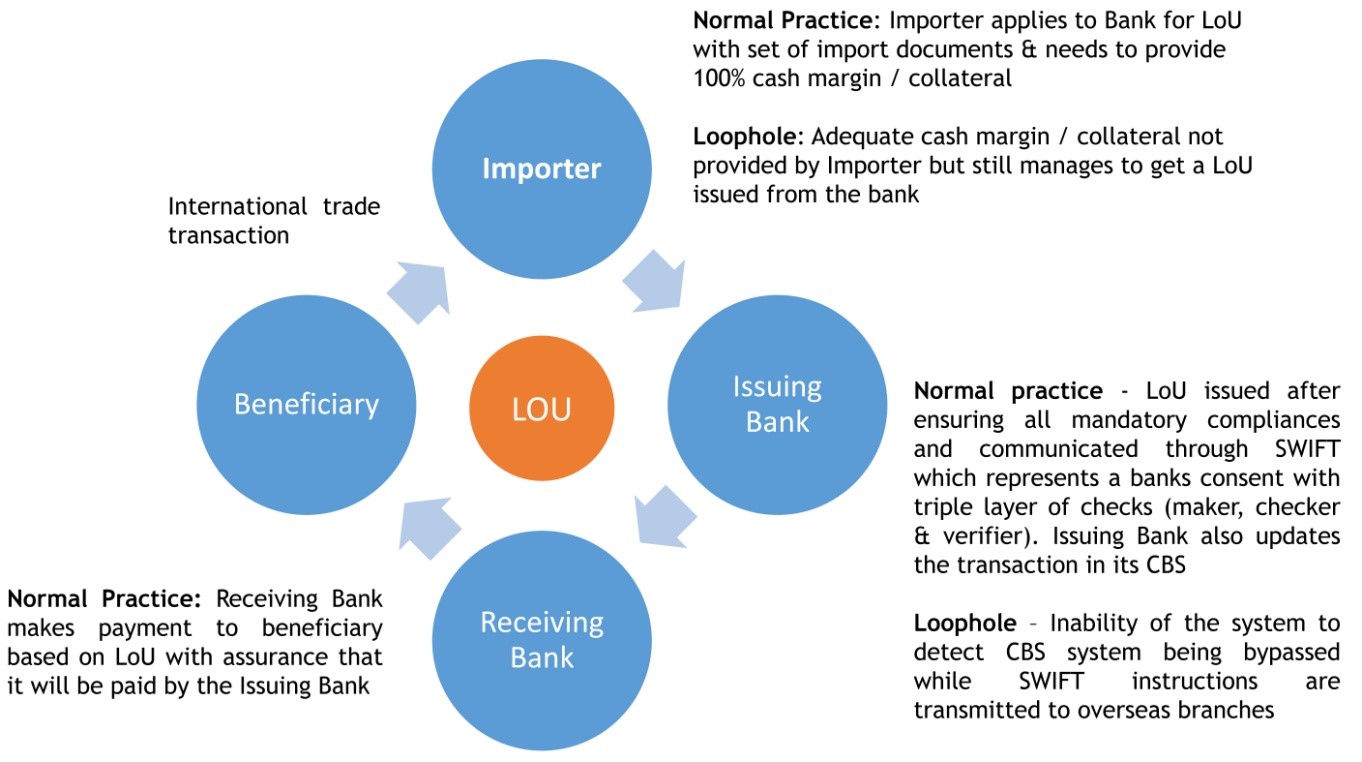 Could this have been avoided?

Enter Blockchain. Many are familiar with this term but very few really understand the power which is waiting to be unleashed.

Also Read: What Is This Blockchain Thing?

Blockchain resolves issues related to lack of trust between counterparties and can be used to create a tamper-proof ledger that organizations can trust as a record of transactions i.e. to record financial transactions, movement of physical or digital assets, or simply to store an immutable record of data. In short it provides higher levels of transparency and security to transactions.

Sameer Dharap, VP, Blockchain Applicatons at XinFin said, “With trust going down and risk going up in the trade and finance ecosystem, it is important to have solutions that can record financial transactions in a trust-less and yet secure, immutable manner. ‘Blockchain’ is that solution. Blockchain based smart contracting and real-time cross-border payments and settlement can avoid such issues in global trade finance market.”

These transactions are structured using Blockchain based “Smart Contract” where a permissioned network of nodes will only validate transactions if certain conditions are met (Triggers). This would ensure that a LoU is issued only when all required conditions for issue are satisfied (eg. the collateral/cash margin).

In a scenario where all financial institutions are on a single platform and the collateral is digitized it would be very difficult to pledge the same collateral more than once.

Scam was not flagged earlier as it was not updated in the CBS by employees even though instructions were given to receiving bank through SWIFT.

Undoubtedly, technology has made life easier in many aspects including in financial services but there are limitations with respect to transparency, security & trust related to transactions. Blockchain is the game changer acting as an underlying layer for transaction processing & money transfer.

This would also require participation from governments, financial institutions & industry at large.  Hybrid Blockchain is a permissioned Blockchain that addresses security, scalability issues of the public Blockchain implementations.

XinFin, a Blockchain Technology company that is focused on Business Process Efficiency improvement, has deployed Blockchain solutions for international trade and finance.

With an aim to bridge the global infrastructural deficit with the marketplace platform – TradeFinex, XinFin offers tools to undertake Blockchain powered peer-to-peer trade and finance contracts between governments, institutions, buyers and suppliers.

This helps in an efficient deployment of capital and undertaking infrastructure projects without burdening the government treasury. XinFin aims to minimize inefficiency in annual $27 trillion of Infrastructure finance and international trade market.

XinFin launched the TradeFinex platform at the Digital Asset summit organized by Assocham in India and extended the platform to over 450,000 participating enterprise members. Ramco systems, part of global $1 Billion conglomerate has chosen XinFin Hybrid Blockchain to deploy blockchain solutions for 500+ of its clients in Aviation, Supply Chain and HR.

XinFin is already working with leading global fortune 500 clients across USA, Europe, Asia and India. It has successfully demonstrated over 10+ pilot projects in Travel, Banking, Supply Chain, Finance, Trade and Aviation. The upcoming major global expansion includes Canada, USA, Middle East and Sri Lanka, with details to be announced in the coming weeks.