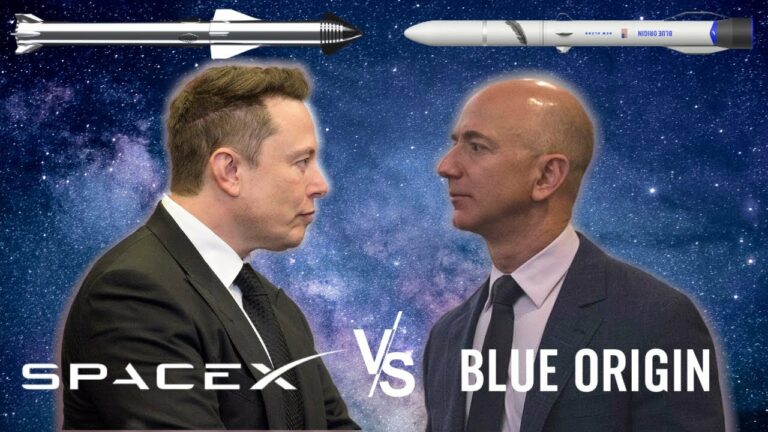 NASA, the independent federal organization has been actively involved in planning the Artemis program along with several other developments to explore more of Space than we already know. NASA is getting ready to send the next two American astronauts to explore more of the Moon and that mission will be called the “Artemis program”. For this mission, the space research organization has contracted Elon Musk’s SpaceX to develop the first commercial human lander that will safely carry our astronauts to the surface of the moon. As mentioned, NASA has awarded the lunar lander contract to SpaceX and this has shaken grounds for Jeff Bezos’ Blue Origin that was the biggest contender after SpaceX.

Jeff Bezos has been upset with NASA’s decision to grant the contract to SpaceX, despite Blue Origin offering a USD 5.9 billion proposal for the contract. Is there politics involved? Is NASA accountable for its decision? Why is Elon Musk’s SpaceX given a preference over Jeff Bezos’ Blue Origin? Questions like these must be popping in your head but unfortunately, there are no official answers, just yet!

Anyhow, Jeff Bezos’ Blue Origin slapped NASA with a USD 2 billion lawsuit as it filed a complaint with the United States Court of Federal Claims over NASA’s poor handling of the Human Landing System program and the lunar lander contract involved. Rewinding a little bit, NASA was originally supposed to grant two contracts to SpaceX and Blue Origin each, but due to lack of funding from the American Congress, NASA only had the budget to fund one private company for the project and it chose SpaceX.

Bezos protested NASA’s decision but within some time, the US Government Accountability Office dismissed the protest that the company filed in response to NASA’s decision to pitch in SpaceX against a $2.9 billion bid, as mentioned in a report by Engadget.

The Government Accountability Office concluded that NASA’s decision came after proper evaluation of all three proposals and its decision was reasonable with procurement law, announcement terms, and NASA regulations. Hence, it went with SpaceX and not Blue Origin.

The latest lawsuit filed against NASA will only delay the Artemis mission and the Human Lander program as NASA has asked SpaceX to stop the works on the project for the time being till the dust flown by Blue Origin settles down. In addition to this, with everything happening, NASA’s aim to put men on the Moon by 2024 seems off the track and there could be a possible delay in the mission as well.