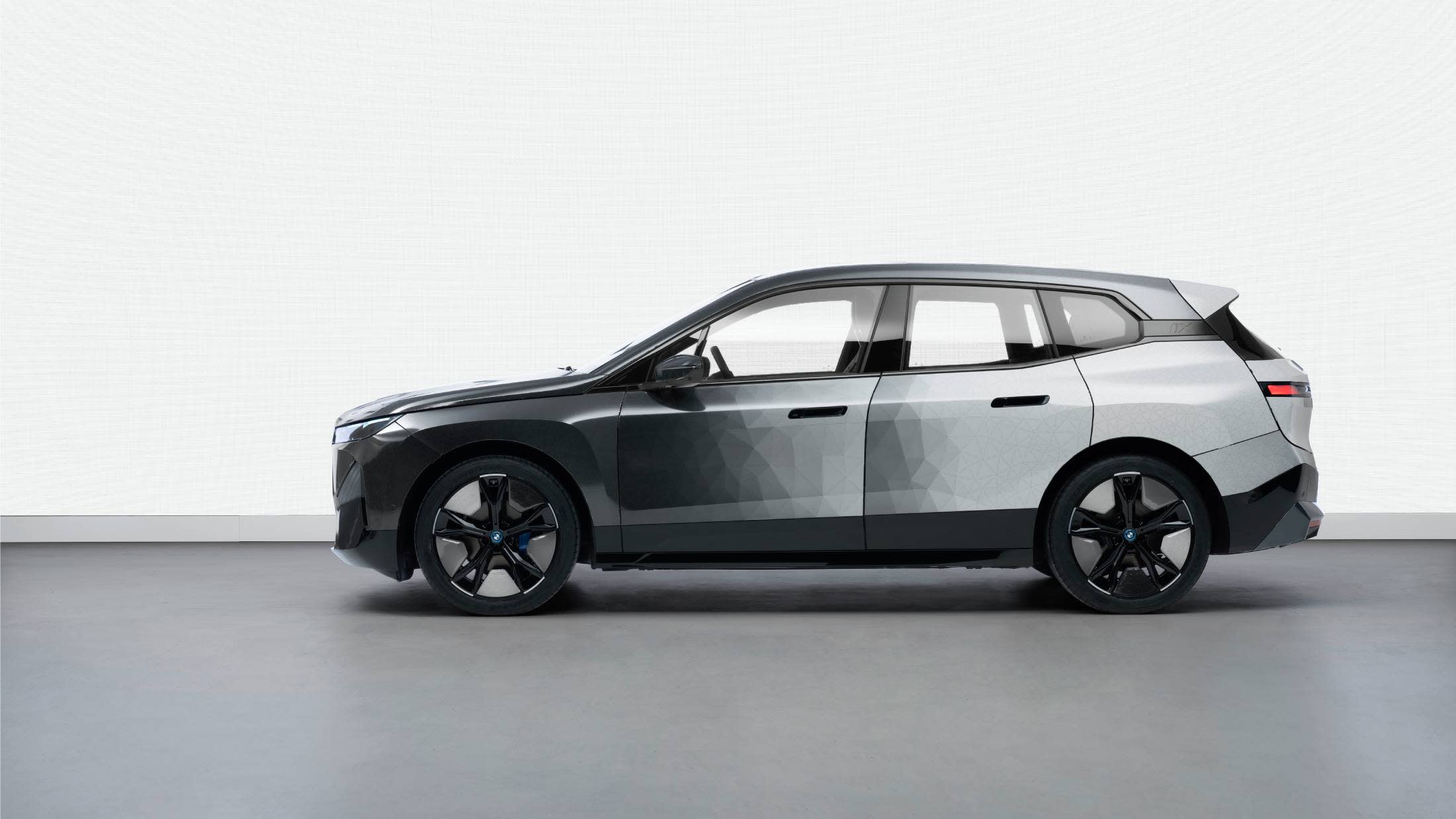 The technology was described during the event as, “The surface coating of the BMW iX Flow featuring E Ink contains many millions of microcapsules, with a diameter equivalent to the thickness of a human hair. Each of these microcapsules contains negatively charged white pigments and positively charged black pigments. Depending on the chosen setting, stimulation by means of an electrical field causes either the white or the black pigments to collect at the surface of the microcapsule, giving the car body the desired shade.”

This is still a concept and under research and design project, it won’t be launched into the market yet. With a touch of a button, the color of the vehicle can be changed. The company says that the white color reflects more sunlight than the darker color (black). It means the heating of the vehicle and passenger compartment can result in changing the exterior color of the vehicle. Also, other factors like outside temperatures can change the vehicle’s color.

As the automotive industry is advancing, the concept of personalization is also increasing. It could be fleet purchases from companies or individual purchases the luxury car segment is going another level in many aspects. While most automakers are focused on interior and specifications. This is an interesting concept by BMW. Though there are questions about the durability of the technology, as the concept is yet to be tested on vehicles in practical situations. It could be long before the company actually releases the personalization option.

This color changing @BMWUSA #iX is wild! It’s apparently very temperature sensitive so they have a backup in a trailer in case this one gets too hot / cold pic.twitter.com/lXG1Gw0IKY

The automaker did unveil a sportier version of the iX at CES as well. The 2023 BMW iX M60 boasts 610 hp and 811 lb-ft of torque in its Sport mode. BMW quotes a 3.6-second 0-60 mph time and 155-mph top speed. The M60 will join the base iX xDrive50 in showrooms this summer. A member of BMW AG’s board of management, Frank Weber, said in a statement, “In the future, digital experiences will not only take place on displays. The real and the virtual will increasingly merge. With the BMW iX Flow, we are bringing the car body to life.”

Project Lead for BMW iX Flow featuring E Ink, Stella Clarke said to the media during the event that this technology allows the driver to personalize according to their taste. Though limited colors are available currently, it looks like they are working on more personalization.