A 71-year-old had a heart attack while shoveling snow in Sweden on December 9th. The nearby doctor was able to save the patient as the drone carried the defibrillator on time to the location.  A heart attack patient can be saved within 10 minutes by acting on it. Everdrone’s Emergency Medical Aerial Delivery (EMADE) is working on helping patients as immediately as possible. It allows drones to carry devices to the caller’s home, thus saving lives till the ambulance arrives. 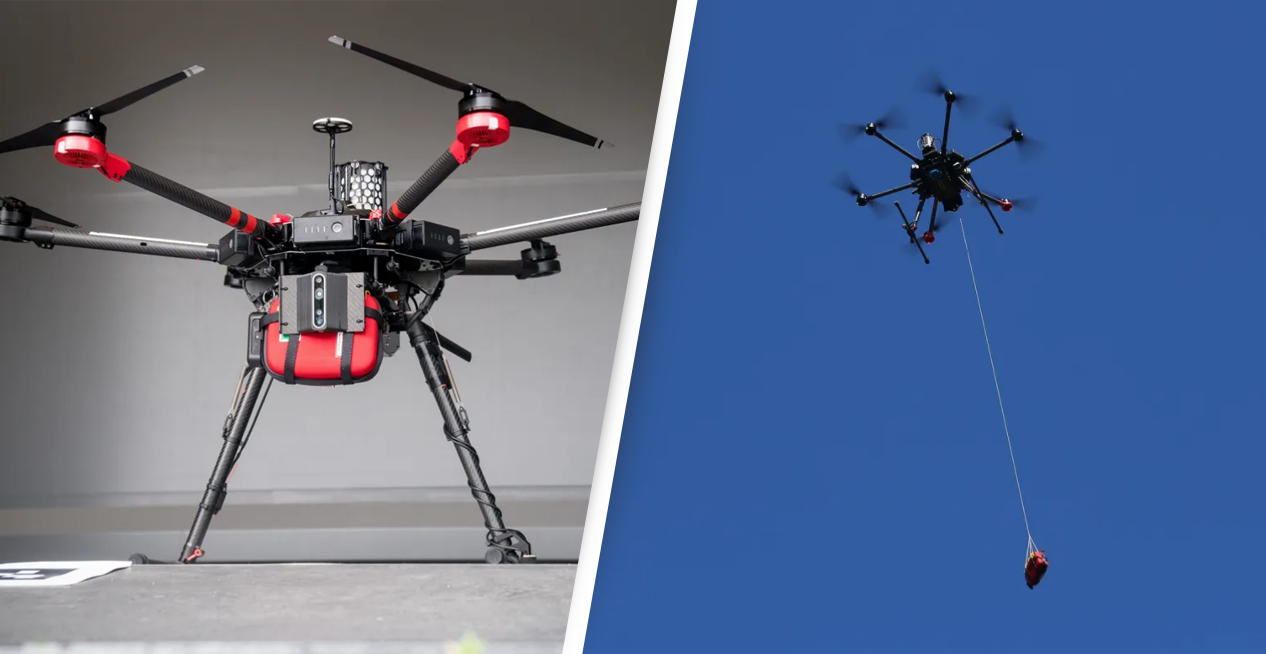 It took three minutes for the drone to reach the location. A bystander who happened to be a doctor saw the situation and was helping the patient. It was Dr. Mustafa Ali who was on standby and noticed something was wrong. He said, “I immediately understood that something was wrong and rushed to help.” He used AED on the person after providing CPR. The man was taken to hospital after his collapse on 9 December and has since fully recovered and returned home.

The man stated, “I can’t put into words how thankful I am to this new technology and the speedy delivery of the defibrillator. If it wasn’t for the drone I probably wouldn’t be here. This is a truly revolutionary technology that needs to be implemented all over; sudden cardiac arrests can happen to anyone, not just old people with arteriosclerosis.”

The speed at which drones can fly has made them valuable tools in delivering Covid-19 supplies, test kits, and contactless meals across the world during the pandemic. The drone – called Autodrone – can currently reach 200,000 people in Sweden and its developers hope to expand to more locations this year.

The Center for Resuscitation Science at Karolinska Institutet, SOS Alarm, and Region Västra Götaland developed the drone. Everdrone CEO Mats Sällström said, “This is an excellent real-world example of how Everdrone’s cutting edge drone technology, fully integrated with emergency dispatch, can minimize the time for access to life-saving AED equipment,”

In a four-month pilot study testing the EMADE program, the service got 14 heart attack alerts that would be eligible for drones. Drones took off in 12 of those cases, and 11 successfully delivered the defibrillators. Seven of those defibrillators were delivered before the ambulance arrived.

In Europe, about 275,000 patients suffer from cardiac arrest annually with approximately 70 percent of those arrests occurring in a private home without a defibrillator on-site, according to Everdrone. The survival rate is around 10 percent. Currently, the EMADE service can reach 200,000 Swedish residents. The company said it plans to expand to more locations in Europe this year.