Last year, BMW unveiled its unique feature for the BMW iX Flow, where the body of the vehicle could transform color slowly. Now the feature is much more advanced, where the color can change instantly with the click of a button. The BMW iX Flow features the E Ink technology that is being developed by the automaker. 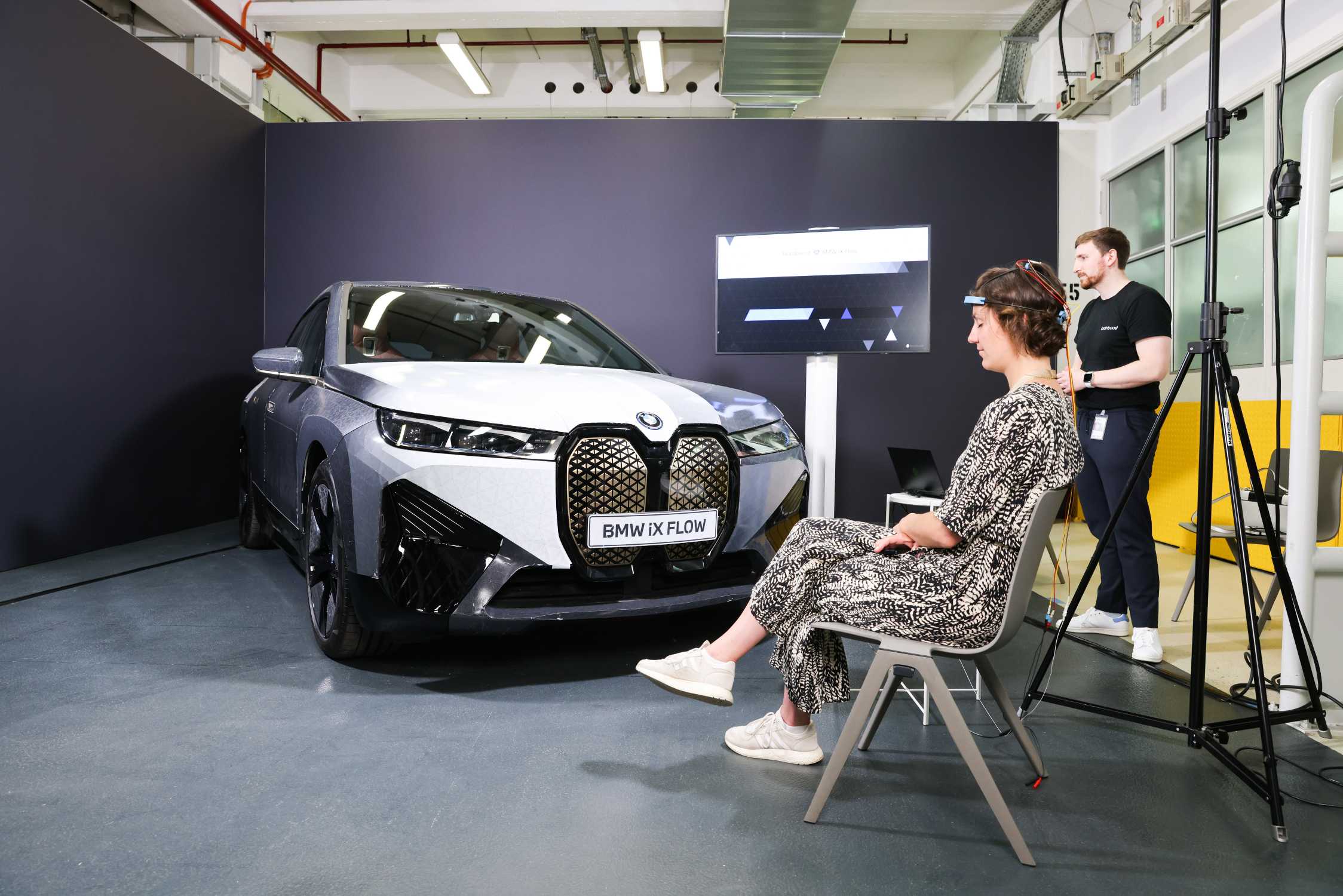 Project lead of BMW iX Flow, Stella Clarke said, “We have already introduced further improvements for the technology since the premiere at the CES. Previously, the changes between color patterns only took place in a gradual transition. Now, the control electronics have been tweaked to enable instantaneous transformations, resulting in an even more stunning visual effect.”

On 12-13 May there was a BMW Group’s rad hub dialogue platform held at the Munich plant. Delegates present on the occasion were able to experience the feature close-up for the first time. The rad hub event was open so interdisciplinary ideas could be shared between opinion leaders and visionary thinkers from all over the world. The technology is based on neurotechnology, where BMW aligned with a Munich-based startup to brain boost the new color-changing effect. It was a one-off collaboration at the rad hub that aims to raise mental health awareness.

With the help of a brain boost, the BMW iX Flow was connected directly to the brain of the rad°hub delegates using an electroencephalograph (EEG), which records the brain’s electrical activity. “The color patterns of the BMW iX Flow react to brain activity and reflect the level of activity,” explains brain boost CEO Philipp Heiler. “Once the brain is at rest, the changes of patterns on the iX Flow also become calmer and more rhythmical.” A special animation was activated if delegates managed to maintain this state for several seconds. Thus, the participants were able to gradually calm and relax their brains under the guidance of the brainboost experts and with the help of neurofeedback via the iX Flow. This matures the knowledge of which strategies work best to specifically shut down one’s own brain activity for relaxation, e.g. in everyday working life.

The body of the BMW iX Flow is laminated in a special film containing millions of color capsules. When stimulated by electrical signals, negatively charged white pigments or positively charged black ones will collect at the surface, thereby changing the exterior color. By making it possible to alter the body color and display different patterns, the BMW iX Flow featuring E Ink opens up a whole new way of personalizing the driving experience.