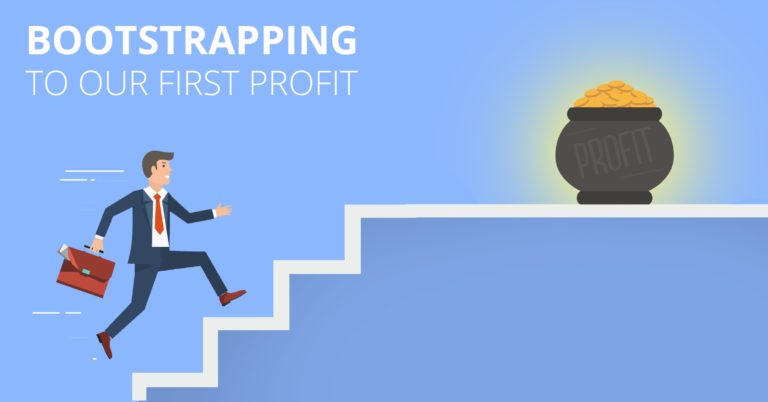 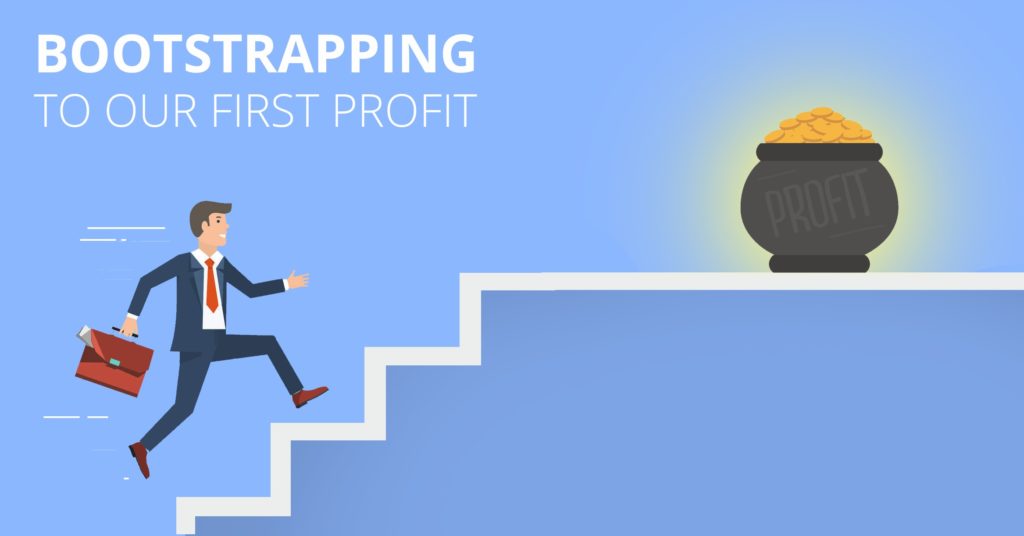 This is a special month. We finally turned profit after 18 months of launching CutShort. A proud and important moment for a bootstrapped startup like us.

Looking back, when we decided to bootstrap back in 2015, it was not a common thing to do. Every other startup was raising money as early as possible. But things have changed in recent months. Investors have now become more selective and having seen the recent debacles at overfunded startups (e.g. Housing or PepperTap), founders are more receptive to the idea of bootstrapping.

So this seems like a good time to reflect on our story of bootstrapping CutShort to first profit. It might help new founders get a different perspective into this area.

Why did we choose to bootstrap?

We wrote a blog post detailing this. But in a nutshell, we prioritized achieving product-market fit over anything else. And we figured we didn’t need a ton of money to do that – we had adequate funds of our own.

But the more important reason was that we wanted to avoid any distraction at that early stage. We had figured a problem and had some solution hypotheses that we had validated with some target users. With just 2 people on team, we could have started talking to investors based on our early hypotheses OR we could have instead built the product to validate our assumptions. Investors could have given some valuable advice, but at that early stage we just didn’t know how to separate good advice from bad. It made more sense to listen to our users.

To take an example, a couple of investors who called us up suggested to avoid building a two sided marketplace and instead build just the technology that could work off existing data from the internet. It naturally made more sense for them – acquiring a critical mass of users can be costly and slow. But going that route would have kept us from controlling the entire user experience and collecting the right data to yield great results to our users. Our competitors who took that advice (and raised $mn funding) actually didn’t survive for long.

Bootstrapping is like taking stairs. If you lose direction, you can change course on the next floor. If you have taken the wrong staircase, you can come down and start again, or even start climbing a different building itself. Also, all the hard work makes your team stronger and builds a fighting character.

The best thing about bootstrapping is the flexibility to build your startup organically. In our example, we started with a specific idea about “referral hiring” but realized we needed to build a critical mass first. While doing that, we discovered new unsolved issues that we began to solve. We didn’t stop there – we freely experimented to solve some other problems in adjacent markets.

The result of this free experimentation was creation of better product and a rugged team that got the experience of taking ideas to execution multiple times.

Bootstrapping also helped in two more things. First, it forced us to be more innovative in marketing. We couldn’t just throw money on ads – we had to find new ways of reaching our users. Second, it also made us think hard about our hiring needs. Unlike startups that go on a hiring spree as soon as they raise funds, we did the reverse. We tried to avoid hiring at all by multitasking and automating our tasks as much as possible. We discovered this great advice by Henry Ward, CEO of eShares, in this great post:

Hiring means we failed to execute and need help. Hiring is not a consequence of success. Revenue and customers are. Hiring is a consequence of our failure to create enough leverage to grow on our own. Starting with me, every hum an thereafter is overhead. And we are increasing overhead by 50%.

We started seeing the truth that adding each person on the team had to deliver 2X value to justify the increase in our overheads.  And in cases we hired, we offered deliberately lower salaries to attract only the people who genuinely believed in our idea and our team.

The problem we faced with bootstrapping

There are several disadvantages of bootstrapping too. The obvious one is the lack of money to hire smart people to scale faster. The second one is lack of credibility in the market. The net effect – bootstrapping can slow you down.

The first one – lack of money to hire – can sometimes be turned into an opportunity. As I described above, not having VC dollars forced us to hire people who were not motivated by money, but by a higher purpose of building a great product and an inspiring startup. We passed on the people who seemingly liked our idea, but just couldn’t give up their “market” salaries.

The second disadvantage was the one that actually hurt us – difficulty in establishing our credibility. Funded startups simply command much more respect. They are loved by the media, chased by the talent, admired by the customers and trusted by the partners.  They find less friction.

On the other hand, despite having a nice product and great traction, we always had to fight harder.  While funded startups got free publicity, we had to be extra creative and convincing to get featured in the media.  Ditto with partnerships – it took us longer for people to see us as credible partners.

The summary – if getting PR, striking partnerships and winning big deals early is crucial to your success, bootstrapping can be stifling.

A caveat before you decide to bootstrap

As we called out in our blog too, we had two unique advantages that let us bootstrap. First, we were in a money rich market. Hiring talent has been an established need and companies are accustomed to paying thousands of dollars on it. If you are trying to solve a new problem OR your users have never paid for a solution before, your path to revenues might be more challenging. In such markets, pushing for revenues prematurely will drastically slow down your growth.

Second, our team was incredibly lean and cross functional. For most time, we just had 3 full time members who pulled the weight of our entire development, marketing & support operations. If you need to hire more employees and pay them market salaries, your costs will be much higher.

Yes, this is a proud moment. It’s liberating to know that we won’t need to seed our bank account for outgoing expenses next month.

But we realized that this is only the first milestone. There is ton of work ahead of us to call ourselves successful in any way. Scaling our userbase, product and team isn’t going to be easy.  Alongside, we need to keep an eye on our burn and keep increasing our revenues to stay financially robust.

The first milestone took 24 months. We definitely believe our next few milestones will come about faster.

(Disclaimer: This is a guest post submitted on Techstory by the Nikunj Verma of cutshort.  All the contents and images in the article have been provided to Techstory by the authors of the article. Techstory is not responsible or liable for any content in this article.)