The Boring Company in Las Vegas has created a loop system, to test the underground driving system. With goals to eventually introduce underground road systems in cities. As the company announced its capacity to drive only 4,400 people per hour. But now the company says they expect 55,000 per hour with more speed as their first testing was successful. 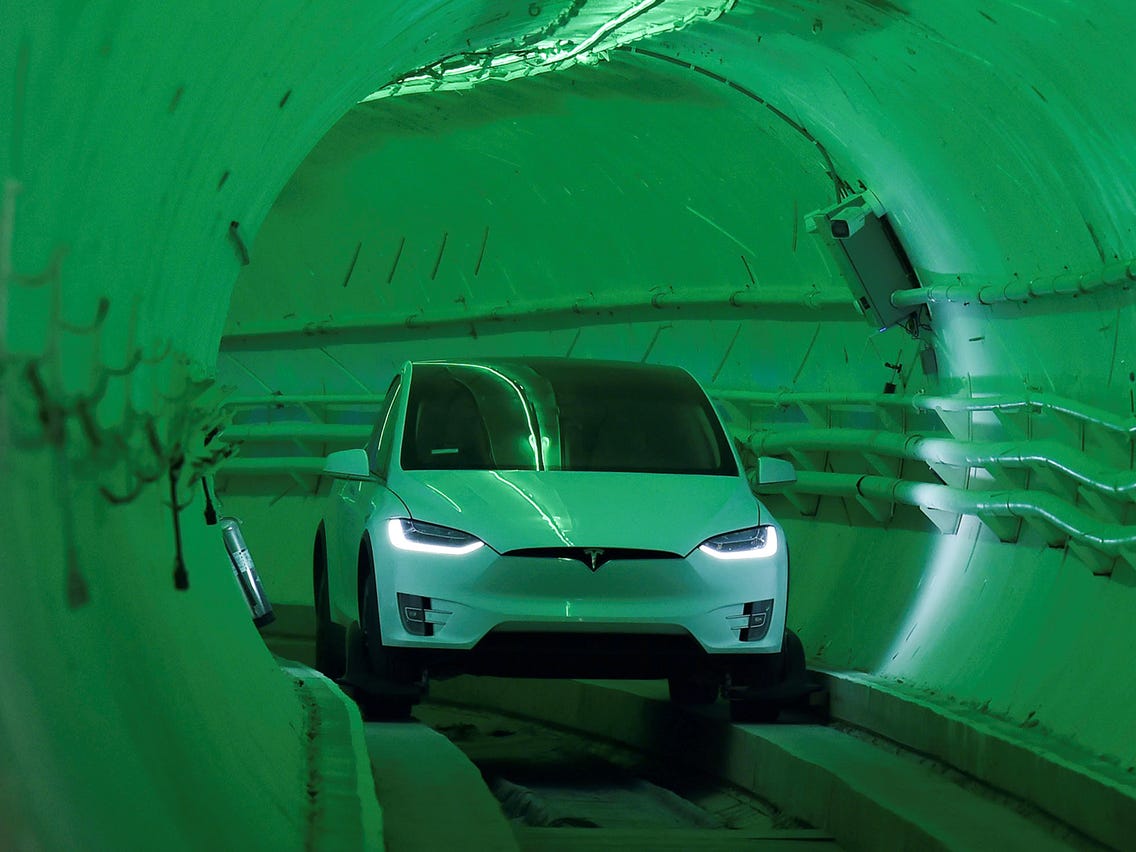 As the chief executive officer of the Las Vegas Convention and Visitors Authority (LVCVA) first tweeted, congratulating the Boring Team. Elon Musk joins in support of the success.

While the news was a pleasant one, the company tweeted an hour later on how they are expecting to transport more people. Though they haven’t mentioned if the next testing would have more people driving in the LVCVA loops. It is clear that they are more than successful with their first testing process.

The reason why the company limited to 4,400 people per hour because of the speed, which was limited to 35-40mph. Furthermore, there is a video posted on Reddit, showing how the experience was driving the Tesla car in the tunnel.

Once the video is observed, it makes sense why the company choose to lower speeds. It looks like going through the underground parking lot turns, which are usually at lower speeds. However, there is no such necessity to slow down if the path is straight.

Also, the first-time riders shared their experiences, as most of the test drivers were 2 or three passengers driving at 30 mph. And as the loops were merging and co-existing, the experience was a unique one driving the Tesla Model X or Model Y.

As the testing process started, the expectation was 8,000 people per hour, but 55,000 per hour was not expected. However, there is a catch.

To which, Elon Musk congratulated the team again. Tesla’s support to the Boring Company started even before people started showing interest. Their idea is to have Tesla autonomous vehicles in the fleet.

Many hotels and popular destinations have come forward to have their location in the route through these loops. And the company has already received approval to make paths to the Resort World in Las Vegas. Their customers can then experience a new way of traveling through tunnels.