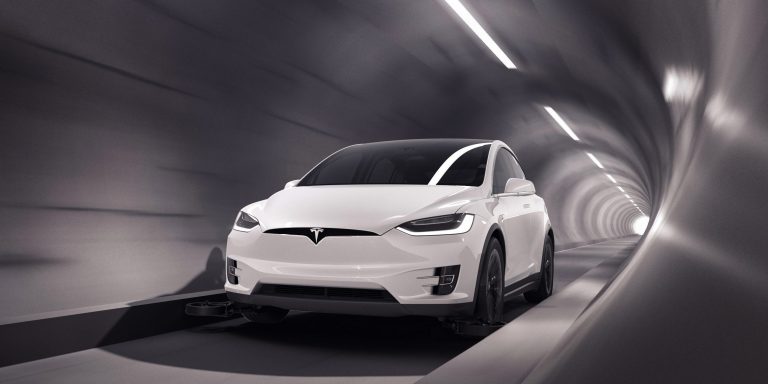 Drive Underground With Boring Company Tesla Cars In Las Vegas You can register with the company for the test drive, to drive in loops.

Volunteers can sign up for registration, however, there is no guarantee whether you will get in. Also, the Boring Company is still in the testing phase and calls for volunteers who can drive the Tesla cars in rounds again and again.

There are no other specifications required to apply, other than being older than 12 years old. Contrary to getting an unrestricted/restricted license needs you to be a minimum of 15 years old. And the invitation said, “Registration does not guarantee admission. A final confirmation email will be sent to verified attendees,”

There are three stations developed by the Boring Company. Located in South Hall, Central Hall, and West Hall in LA. These stations are nothing by Las Vegas Convention Center Loop (LVCC Loop).

Additionally, the convention center is set to be open by June 8th. As said by the CEO and president of LVCVA, Steve Hill, “We are excited to have partnered with Elon’s company to bring this transportation ‘first’ to our valued convention customers. The expanded Loop system, when developed, will be a game-changer and a new ‘must experience attraction for our visitors,”

Furthermore, the company wants the volunteers to just drive in multiple loops again and again. As the driving is for the testing process only, the results will be taken down and noted for further researches on improving the tunnels.

Loops by the Boring Company have been criticized badly after they release certain specifics. In April, the built loop system is expected to have the potential to transport 4,000 people with their 52 Tesla fleet at a 35mh speed.

However, as the company calls out for volunteers, they added additional 12 cars to the existing fleet. And they say the speed has a potential of 150mph but for test purposes, the speed is restricted to 35-40mph.

Also, the critics led to many people losing their interest in the company with its mission to have underground roads with autonomous vehicles.

Despite all the silent criticism, the Boring Company has support from Elon Musk and Mayor Francis Saurez. These people have been keeping an eye on the company for a long now. And the point that Boring Company focuses on practical and affordable solutions is always neglected. While it’s competition, Doppelmayr Garaventa Group from Australia proposed an underground road system with an estimation of $215 million, the Boring Company completed the loop for $52.5 million.

It might be true that the company wasn’t able to deliver what it had promised with the speed and capacity. But, the final product was cheap and close enough, to have further better improvements. Also, Tesla expects to join their autonomous driving system into the Tesla fleet later sometime. As of now, the test drivers won’t be using the self-driving system.