Brazil started a framework to legalize cryptocurrencies in the local market on February 22, 2022. The effort could be a watershed moment in Brazil’s digital currency growth and development. 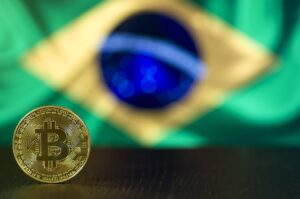 The Brazilian Senate’s Economic Affairs Committee unanimously passed a bill on cryptocurrency regulation, paving the way for Senate voting and then sending the bill to the lower house for additional consideration. When the bill is passed by the National Congress, it will be delivered to President Jair Bolsonaro for his signature before becoming law.

Assume that the proposed measure is approved and becomes law. In that event, Brazil will be the first government in Latin America to establish explicit norms and regulations for digital cryptocurrency investments. El Salvador, on the other hand, has already established itself as the first country in the world to legally recognize Bitcoin in September 2021.

The bill contains all of the necessary information concerning cryptocurrencies and how they work. The bill also establishes the responsibilities and duties of crypto market service providers. Then it will offer the names of numerous departments to the federal government, with the goal of settling on one to set and control the legal framework and legitimize cryptocurrencies. According to Senator Iraja Abreu, the crypto market will most likely be regulated by the Central Bank of Brazil (BCB).

Abreu told Bloomberg that he has already proposed a bill in 2019 that would allow the country’s cryptocurrency business to thrive if it were passed.

According to Abreu, the legalization of the bitcoin market can aid in the control of criminal activity. The main goal of this plan is to prevent unlawful actions such as tax evasion, money laundering, and other offenses related to the cryptocurrency market.

Brazil, like many other countries, aims to establish its own local central bank digital currency (CBDC) in addition to legalizing the cryptocurrency market. The Brazilian Central Bank (BCB) plans to put the programs to the test this year before introducing the digital asset in 2024.

Also read: Someone donated $3 million in Bitcoin to  in support of the Ukraine’s military