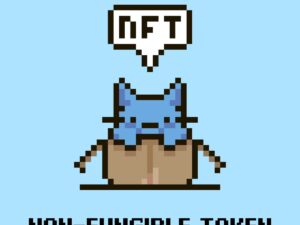 The British Olympic Team is ready for the Olympics, and also, it is ready with its debut set of Non-Fungible Tokens. That’s true, the British team will be the first to release its own NFT collection.

The launch was announced through the team’s official Twitter handle.

The team is launching its own non-fungible token collection in collaboration with Ben Sherman. During the Olympic games, they want to engage spectators in innovative ways.

Furthermore, the team has revealed that the launch will coincide with the 2017 Summer Olympic Games in Tokyo. The venture will also include Tokns, a commerce service. It will provide fans with new methods to engage with the team and interact with them. In fact, the two organisations have reached an agreement that begun before the 2020 Summer Olympics in Tokyo and will last until the 2022 Winter Olympics in Beijing. During this time, the United Kingdom celebrates 125 years of participation in the Olympic Games.

The team GB’s Commercial Director, Tim Ellerton stated in a press release that they’re excited to collaborate with Tokns ahead of what promises to be a unique Olympic experience for their  Olympians in Tokyo. Following the declaration that no fans or spectators will be present at the Games, they are overjoyed that they will be able to capture moments digitally for fans and collectors.

Furthermore, additional information regarding the project reveals that the inaugural NFT collection will include a piece honouring gymnast Max Whitlock. It will be dedicated to him and his two gold medals at the 2016 Rio Olympics. It will be a one-of-a-kind design by Ben Sherman. NFT digital wall paintings will be included in the package, along with different real-world modifications. Each NFT will include an authorised and one-of-a-kind encryption key.

This new partnership with Team GB comes at a time when NFTs are gaining popularity and their values are reaching new heights. Team GB and TOKNS will also work together to ensure that the Team GB NFT programme is carbon neutral.