Senators Ed Markey and Brian Schatz have introduced a new bill, one that could allow Americans to avail a refundable tax credit on purchase of new electric bikes. The bill has been named the “Electric Bicycle Incentive Kickstart for the Environment,” or the E-BIKE Act, for short. It’s purpose is to act in a complementary manner to another bill that was introduced to the US House of Representatives earlier this year, with the aim of making electric bikes more affordable. 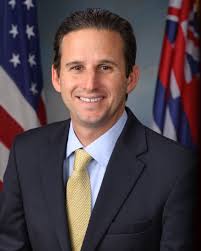 Schatz says electrification of vehicles should not be limited to just cars, and instead, should extend to “every way” used “to get around.”

The main functionality of the bill will apparently be to increase the accessibility of electric bikes, in a bid to cut down on carbon dioxide emissions by switching to “greener forms of transportation.” Schatz further says that e-bikes make a lot of sense, especially when it comes to the younger generation of the working class people, and those who cannot afford to purchase a car.

The newly proposed bill, if passed, could allow Americans to avail refundable tax credit of up to 30 percent, on new electric bikes. The credit will be capped at a maximum of $1,500. The legislation proposes to cover all three classes of electric bikes. However, bikes that are equipped with motors that are more powerful than 750 watts, will not be included under the bill. The credit is also going to be fully refundable, which means that even the lower-income individuals will be able to afford it.

However, opponents of the legislation say that it still remains unclear whether or not citizens in the US will take to eBikes, and local policy decisions and a more robust infrastructure are needed, in order to bolster demands. In response, Schatz says that only “a major infusion of physical infrastructure for bike lanes and safe streets,” has the capacity to truly bring out all the great features of this bill. One potential solution might be found in President Biden’s $20 billion infrastructure proposal for safe street improvements.

The House version of the bill currently has 21 supporters, all of whom happen to be Democrats. The Senate version has just been put forth, and it remains to be seen who will step ahead to support it.