Is Tesla’s solar division trying to sweep complaints under the carpet?

A former employee at Telsa’s solar power unit has revealed certain feats by the team to cover up certain complaints. Apparently, Tesla Energy has at its disposal a team of about 20 employees who are responsible for diving into social media posts and review sites in search of customer complaints. Although the action seems like a feat to cover up the flaws, the redeeming point is that the customers are asked to delete their complaints only after they are rectified. However, the clean-up activity is still something that generates curiosity. 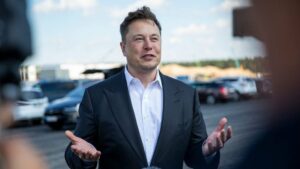 Every company tries its very best to stay on top of the game by making sure that its customers are satisfied and happy. Because a small complaint can prove to be a rather indelible stain on the face of the company. Thus it is not the least bit surprising that a company as popular as Tesla puts in extra efforts to wipe off those stains. However, isn’t it a bit far-fetched and obsessive? The topic is open for discussion and the opinions can vary.

Rectifying customer complaints is definitely something that the company is responsible for. However, going out of its way to get the customers to delete those posts is rather intriguing. And having a team that has to scroll through social media just to get hold of even the smallest of complaints directed at the company and Elon Musk! Now that is definitely something. If you are in search of an example for dedication and determination, but in a very twisted sense, here you go.

Scouring for posts directed at CEO, Elon Musk is the separate responsibility of a team of nine. This perfectly coincides with a job advertisement put up by Tesla Energy a few months before. The job title was that of a “Customer Support Specialist,” who was responsible for addressing “social media escalations.”

All that the team was supposed to do was type in #TeslaEnergy and #ElonMusk and keep their eyes open for any complaints. Once these complaints were addressed and rectified, the team asked the customers politely to delete these posts. On a diplomatic note, it is possible to argue that being image-conscious is natural for any company. After all, it cannot be denied that customer feedback will have a direct impact on the company’s future. Thus ensuring an image that magnifies customer satisfaction and zero complaints is part of the package. And there is no bone to pick owing to the fact that the customers aren’t in any way forced to withdraw these posts. They are politely approached after ensuring that their complaints were efficiently addressed(no sarcasm intended).