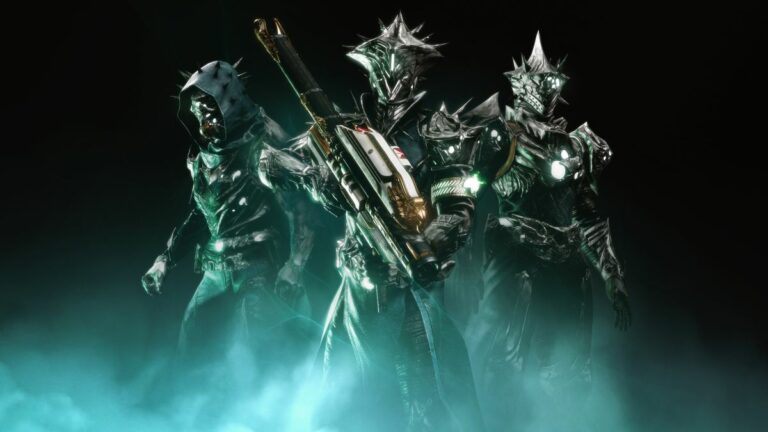 Destiny 2’s 30th Anniversary Pack has a lot of fun, and the DLC page on Steam promises “a new dungeon, exotic Gjallarhorn rocket launcher, Thorn armor set, and an arsenal of weapons, gear and cosmetics inspired by the past.” by Bungies. “. Players who complete the challenge can unlock additional rewards like access to Zurs’s treasure chest, filled to the brim with treasures to celebrate 30 years of Bungie games.

Destiny 2 is getting the new Bungies 30th Anniversary Content Pack, and whether you’re looking for a release date or excited about Gjallarhorn, we’ve got everything you need to know to get your hands on the Anniversary Pack content yourself. In addition to all the additions to the game, Bungie is reworking a number of exotic weapons. Also returning from the original destiny will be fans’ favorite weapons, such as the Eyasluna hand cannon. There will also be an “iconic collection of weapons”, although it is not clear whether this is a new or redesigned Destiny 1 weapon. This will be the fourth dungeon (mini-raid with only three players) that we saw in Destiny 2 with Shattered Throne, Pit of Heresy, and Prophecy on the way.

According to Bungie, Dares of Eternity will contain “new secrets to reveal and collect rewards that perpetuate our long and legendary history.” The Dares of Eternity event also starts today, free for all players and separate from the DLC pack. Starting today, all guardians can log in to the game and access the 30th-anniversary free content, including new 6-person free missions, hidden secrets, collection rewards, and more. And Yes, Bungie’s 30th-anniversary event will include classic Halo combat rifles, pistols, swords, and more.

The real treasure is a treasure: a set of marathon-themed decorations, new weapons, cosmetics, and more. The studio states “Populate your inventory with rewards representing the 30th Anniversary of Bungie, the legendary community, and a birthday party only under the stars”. “As our adventure together continues today, we feel right to celebrate by launching a brand new Destiny 2 experience that brings us all together – we hope you enjoy the party”. Bungie celebrates 30 years of creating great games, epic storytelling, and maintaining a great fan community by releasing new content for Destiny 2.

The studio is now more than happy to celebrate its 30th anniversary with a brand new Destiny 2 event that will bring some special in-game items and cosmetics for old Bungie fans. Even with many new cosmetics, weapons, armor, and some action added to Bungie’s 30th Anniversary, Destiny 2 is getting one of the biggest balance fixes to date. Destiny’s iconic Gjallarhorn is also making a return along with, a new dungeon and a host of special crossover weapons from Bungie’s Games, so players have a lot to check out in the new update.

Bungie’s Games has taken this opportunity to celebrate quite a few more in-game events to appreciate their journey for the past 30 years. From early games like Oni and Marathon to their smash hit with a great community Destiny, The company has a commitment to making great games and it has remained unchanged. Celebrating of anniversary sounds cool and all, but if you’re also curious about the launch of the new expansion slated for release on February 22, 2022, do check out their new bundle. Starting today, December 7th, players can play as 6-player pairs, receive hidden secrets, collectible rewards, and more for free.

Destiny 1 weapons, including Eysaluna and 1000 Yard Stare, will return in Destiny 2’s 30th anniversary pack. Old weapons like Myth’s Claymore and Marathon’s Shotgun will also be a reward for players. Bungie also revealed that the pack will include some Halo-themed weapons such as new weapons based on the iconic Magnum Halos, the Legendary Trail Rifle, the Battle Rifle-inspired Pulse Rifle, and the Energy Sword equivalent. All weapons are legendary, making them rare, but not as unique as the exotic weapon class in Destiny 2.

This isn’t the only nod to the previous Bungies series, as there is also a weapon hideout inspired by past exploration. If that’s not enough for you they also added the nostalgia for classic Bungie games, there’s also the Marathon armor set and Myth Claymore. Rumors of a possible Halo crossover for Destiny 2’s 30th Anniversary set had been around for a long time and became even more real when Bungie announced that the armor sets would appear as universal decorations for all three classes.

This exotic rocket launcher from the original game was added to Destiny 2 to celebrate the anniversary of the Bungie’s. Bungie themself stated that it is unknown whether players who have not received the package can use it, but in any case, players must “complete the task of unlocking the classic exotic rocket launcher.”