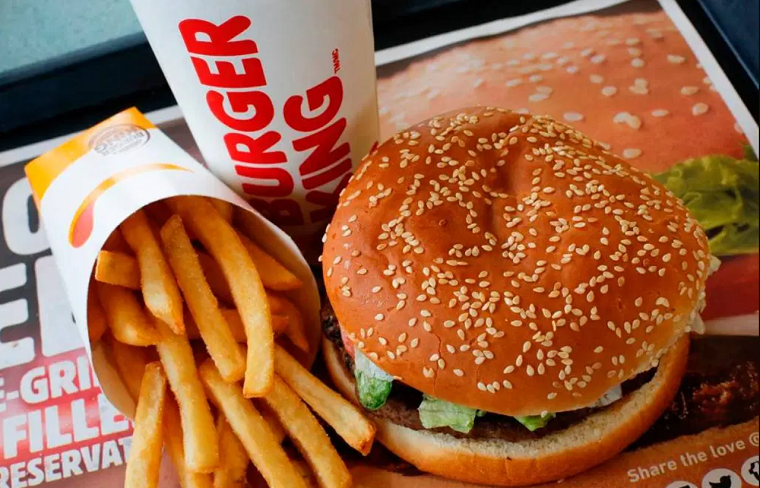 According to reports, Burger King India has hit an all-time low with a 10% downfall to hit INR 161.45 for one share on BSE (Bombay Stock Exchange). As mentioned in a report by Financial Express, the food chain’s market capitalisation which was recorded at INR 6,844.98 crore yesterday has fallen down to INR 6,161.81 crore as of today morning.

Burger King India has always been a profitable company and since it was first introduced on the market share, it has always been spiking up with its highest record of INR 219.15 per share. On the NSE (National Stock Exchange), Burger King India’s stock was recorded today at INR 16.65 lower than its previous value of INR 166.80. The all-time lowest stock of the company was closed today at INR 150.15. The difference between the values on the BSE between its highest record and today’s value was recorded at a downfall of 31.48%.

According to a report by Business Today, the market cap of Burger King India has also fallen to INR 5,730 crore.

In its latest Initial Public Offering worth INR 810 crore, Burger King India has reportedly been subscribed 156.65 times by global investors across several categories. The bidding process of the IPO lasted for three days where most analysts and brokerages subscribed to the issue listing as the Initial Public Offering was priced comparatively lower than its competitors, according to a report by Financial Express.

Between its timeline when Burger King India was recording its highest market share of INR 219.15 per piece, market analysts showed are signal to the investors advising them to liquidate their profits. The company’s shares were listed as the fourth-best listing on the stock exchange last year in 2020. According to market reports, the other three top listings were made by Route Mobile, Chemcon Specialty Chemicals and Happiest Minds Technologies.

Several market experts and professional analysts say that Burger King India may rise back up again considering its long-term prospects and they believe that the company will record a better performance in the long run as it moves forward.

On some level, COVID-19 pandemic could be blamed for the company’s downfall but obviously, there are other reasons as well. According to Keshav Lahoti, Associate Equity Analysts at Angel Broking is of the view that as the company’s store count will increase in India, its operating leverage will automatically fall in line and the food chain will start reporting better margins.